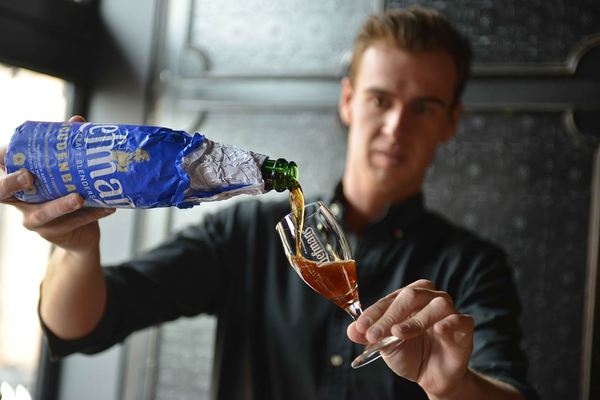 
OUDENAARDE - The city of Oudenaarde is known for its brown beers, most famously those produced by Liefmans. The characteristic flavour of these brown beers comes from the souring that occurs 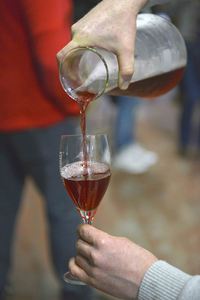 Liefmans Kriek Brut
© BeerTourism.com
during their extra-long maturation. It really is a unique taste.

To make Oudenaarde brown beers, young beer is blended with soured beer from a previous vintage.

Brown beers made without the addition of cherries will take between three months and one year to mature and finish the souring process.

The cherries used in the process are steeped in sour beer and will mature in kriekentanks for at least one year, perhaps even three.

It takes many years to learn the art of cutting or blending beers, hard-earned experience that is more than evident in the glass.

Why did brewers start cutting beer in the first place? The sourer the beer, the less vulnerable it is to harmful bacteria, and the longer it can be kept for. The subsequent blending of old beer with a younger batch makes the end product more drinkable.

These days, Liefmans beers are brewed using wort from the Duvel Moortgat brewery in Breendonk. Different worts are chosen to fit different types of beer. Fresh hops are always added to ensure the beer clarifies better and produces more froth. 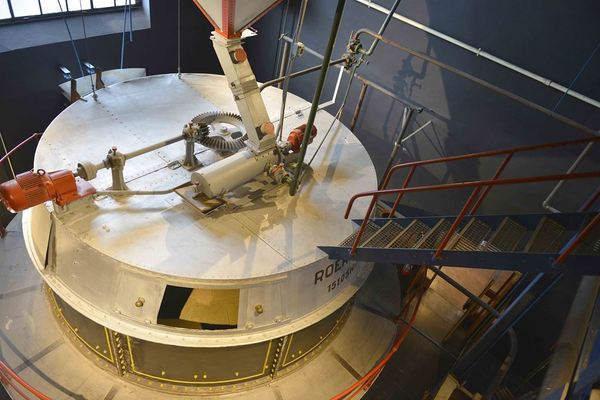 The wort is brought up to fermentation temperature and pumped into open basins before the pure house yeast is added. The wort will spend a week fermenting in the basins, allowing it to absorb lactic acid bacteria from the air. 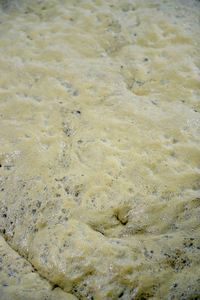 Yeasts and bacteria that have settled in the pores of these copper basins provide a characteristic mild, lactic acid taste. This is not quite the spontaneous or wild fermentation that is used to make lambiek beers.

Once the beer has fully fermented, it will mature in closed tanks, increasing its sourness. Unlike Flemish red-brown beers of the Rodenbach type (also known as Vlaamse roodbruine bieren), brown beers from Oudenaarde don’t touch ‘breathing’ wood whilst maturing.

This allows the brewers to avoid the production of acetic acid, which gives a far sharper taste. The beers undergo a ‘warm’ maturation at temperatures around 12°C.

In modern maturation tanks the brewer can select the desired temperature, which is a great benefit to consistent quality: the beer will sour well and evenly, something that used to be impossible to achieve in the past.

To produce the krieken beers, the cherries mature in sour beer for between 18 months and three years. After harvesting, the fresh, cherries are added to the beer as quickly as possible in shallow kriekentanks. 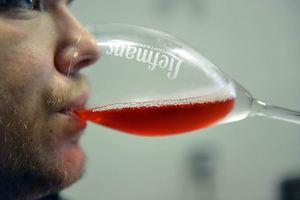 Liefmans Goudenband is an excellent beer to lay down and keep for years and years.

At the Liefmans brewery, bottles from previous vintages are stores in the cellars, which were originally dug to promote the spontaneous re-fermentation of the beer during maturation.

If you can muster the necessary patience, you could stock up on various vintages and compare the evolution of the beers.

Another beer that improves with time is the Liefmans Kriek Brut. Over the years, this beer becomes more rounded, velvety soft and loses some of its ‘stickiness’. 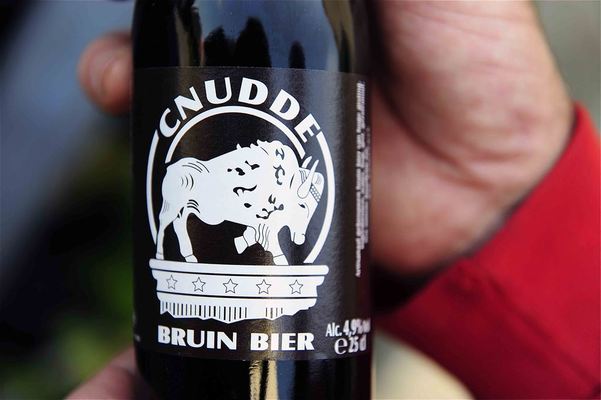 When you visit the Cnudde brewery in the Eine district of Oudenaarde you will find yourself in a time warp. Here, they brew four times a year, five at the most, in an authentic brewhall dating back to the 1950s. 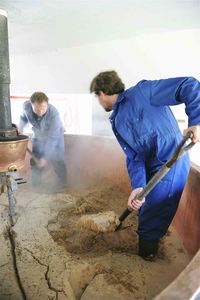 All hands on deck...
© BeerTourism.com

Their range includes the sweet-and-sour Cnudde Oudenaards Bruin as well as the Bizonbier, produced with krieken cherries picked from the brewery’s own orchard. The Bizon name is a reference to the Ohio Bridge across the River Scheldt.

Each of the four bridge heads is adorned with an American bison to commemorate the liberation of the city by a US regiment after the Second World War.

The Cnudde brothers only re-start brewing when the previous batch has all but gone. Their beers are found mainly in the local cafés and, on a hot spring day, go down extremely well.

Today is brewing day. The copper boiling kettle is boiling over; two men climb into the mashing kettle, scoop out the residue and push it through a hatch towards a trailer attached to a tractor.

The cows, who are the ultimate recipients of this swill, will low contentedly tonight. Another member of the Cnudde family is cleaning the Baudelot cooler, a brewing innovation that dates back to the 19th century.

This classic system, which passes warm wort past copper pipes filled with cold water, is not very widely used any more. 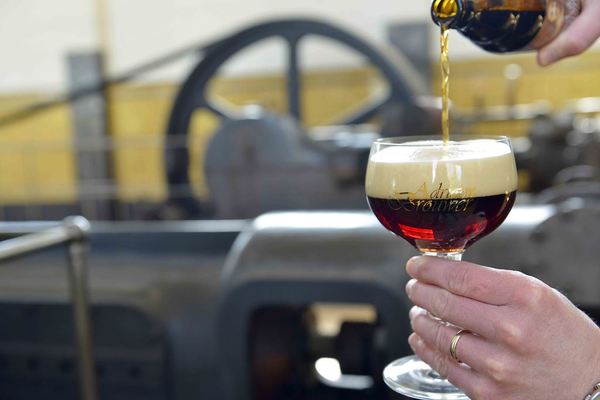 Not all of the Oudenaarde brown beers have a sour flavour. The Roman brewery, situated at a higher altitude in Mater in the Flemish Ardennes, uses soft water that has been naturally filtered through a 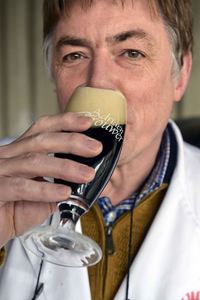 And unlike the breweries mentioned above, the Roman brown beer is not cut - there is no blending of young beer with soured old beer.

The brewer uses a pure house yeast and, characteristic of this Oudenaards bruin bier, a malt that has been roasted for slightly longer and at a higher temperature, which gives it a darker colour.

Neither Roman’s Adriaen Brouwer nor Adriaen Brouwer Dark Gold are sour beers. These classic, dark, top-fermented beers are the heirs to the old Roman Bruin and Dobbel Bruin.

Both beers, brewed predominantly with Belgian Hallertau Magnum hops and roasted and burnt malt, look dark in the glass with hints of caramel and touches of hop.

So, in this case, it is OK to enjoy a good taste of hops in your brown beer. The name of these two beers refers to the 17th-century artist painter, Adriaen Brouwer, who was based in Oudenaarde.

He painted many everyday tavern scenes, and lived his own life to the full, a real Belgian bon vivant. His spirit lives on in the beer.