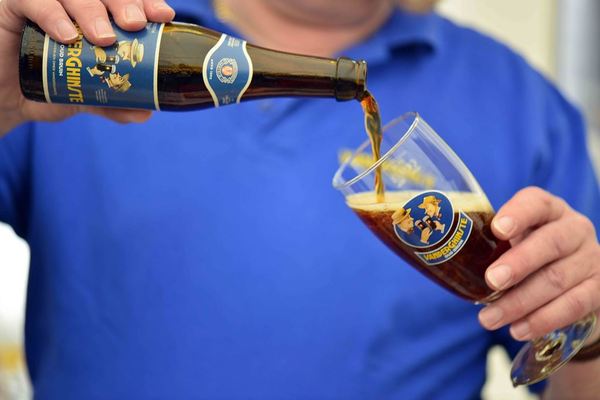 
KORTRIJK/BELLEGEM - “This is a beer for those who are used to sour beer,” says Omer Jean Vanderghinste with a smile. He is CEO of the brewery that bears his name in Bellegem near Kortrijk. 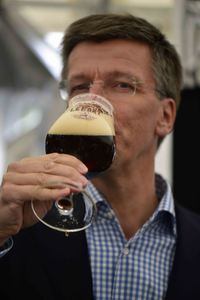 In the meantime, in a big tent a small orchestra is starting to produce a large noise and our attempt at a conversation falls on deaf ears.

Today is a "Rondje Roodbruin" an open day at four of the breweries in the region still producing these "Red brown" beers, the typical beer style from West Flanders. People are coming along in droves, just as they are at the neighbouring brewery, Rodenbach.

What do the De Brabandere (until recently called Bavik) and Verhaeghe-Vichte breweries have in common? Both are based in the Kortrijk-Roeselare region and brew the 'roodbruin' or “red-brown” beer endemic to Western Flanders.

West-Vlaams roodbruin is a regional beer style, like oude gueuze and saison. These four brewers have now also applied for European Union protection under the Protected Designation 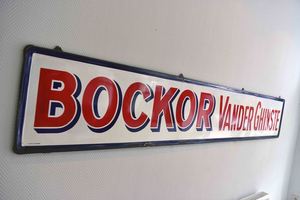 Vintage advertising
© BeerTourism.com
of Origin rules. The brewing of these beers is still an artisanal process and these brewers want to protect their production methods on both a regional and a continental level. They are also campaigning for a specific label for West-Vlaams oudbruin.

Omer guides me to the top floor of the old brewery tower. “Did you know that pils used to be brewed here?” he enquires. These days the facility is used to make lambiek.

In West Flanders? Oh yes! Ever since Castle brewery Van Honsebrouck (producers of the Kasteel beers) managed to brew lambiek in Ingelmunster, a number of local brewers have followed suit. 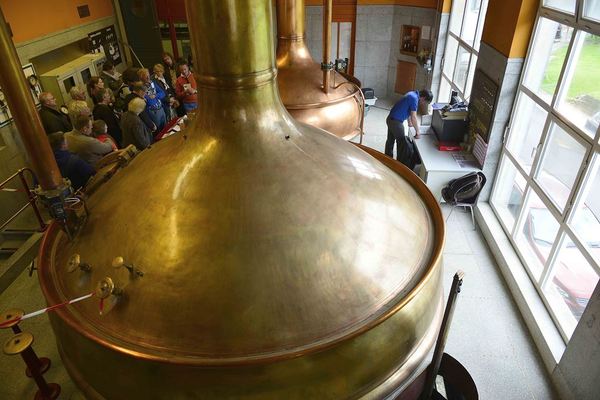 Once the hot wort, which is made using barley malt and wheat extract, is brewed, it is pumped up from the boiling kettle to the cooling basin on the top floor. Here, the wort will cool down overnight and will be exposed to the air. 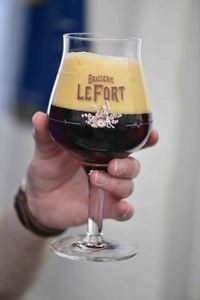 Le Fort
© BeerTourism.com
As a result it will be contaminated by the wild yeasts and bacteria, including those of the Brettanomyces type, which lend their character to lambiek. Then we then walk across to the ‘foederzaal’ across the road.

Here, the lambiek will ferment in the vertical ‘foeders’ or (huge) barrels for at least one-and-a-half years. Each foeder has its own story and the brewer monitors the progress of each barrel quite closely.

The mature lambiek will be ‘cut’ or mixed with a young, top-fermented beer (5.5% ABV), brewed in the traditional way using wheat and barley malt. This fruity younger beer tones down the sour taste of the lambiek in the VanderGhinste Oud Bruin (5.5% ABV).

The Cuvée des Jacobins is an uncut, 100% dark lambiek. “This lambiek contains more ascetic acid and solvent [ethyl acetate] than traditional lambieks from the Pajottenland region thanks to the use of vertical foeder barrels,” the brewer explains. Fermentation and aging provides the characteristic fresh and slightly sour taste. 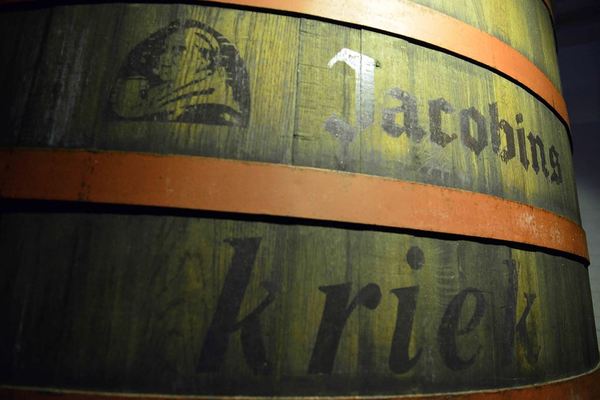 After the tour I pop into café De Sportwereld just around the corner. There are plenty of regulars at the bar around noon where they are busy exercising quality control on the Omer Vander Ghinste brews. A commentary on the 'Luik-Bastenaken-Luik' cycling classic is playing on the radio. Here, sports are participated in from a bar stool or café chair.

Pints are emptied before you know it and thirsty throats are never far from lubrication. A regular walks in and, when he gets to the bar, his standard order is waiting for him. He empties his pint and leaves without saying a word. They know their customers over here. A round of roodbruin would be wasted on this particular customer. 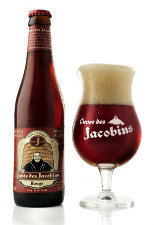 This truly is a unique beer, brewed the traditional way – and with much devotion and craftsmanship – by Brouwerij Omer Vander Ghinste . They are well-respected for their speciality... [ more ]