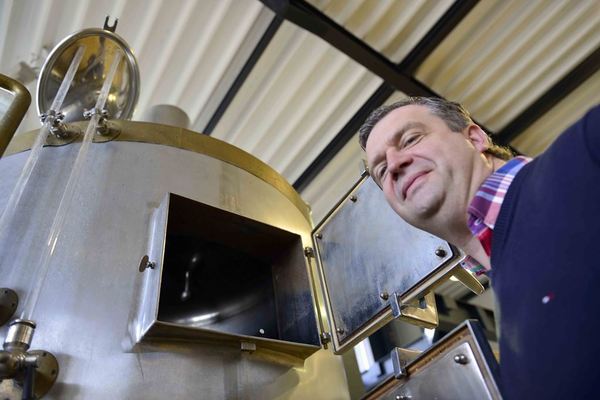 
KORTRIJK – I am entering the courtyard of Restaurant ’t Rusteel in Heule near Kortrijk. This early in the morning the silence is deafening. Not a trace of the three hundred guests who will flock to the 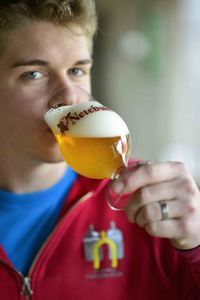 Pieter Koopman
© BeerTourism.com
restaurant later to enjoy fine cuisine that specialises in regional dishes, and will be spoilt for choice with around three hundred Belgian beers including a wide range of top quality beers from West Flanders.

“This region is a beer lovers’ paradise”, Peter Koopman laughs. “There’s a microbrewery almost on every corner”. I follow him to the building site where the brand new brewing hall of the Gulden Spoor brewery is taking shape.

There’s plenty of welding going on and sparks are flying. Brewers Bjorn Desmadryl and Peter’s son Pieter will only have to be patient for one more month before they can start up the new equipment that will have a capacity of 10,000hl per year.

“We’ll be alright for a while”, Peter Koopman comments. From a previous visit I remember that he purchased empty premises in the street to expand his brewing activities. Now he has a brewing hall next to the restaurant at his disposal. “Our guests can visit our brewery, enjoy lunch or dinner here and sample our beers and others in our café,” Peter tells us.

“We take their wishes into account, keep the visit interesting and light-hearted, allow people to find out about hops, malt, and fermentation in wooden barrels…” 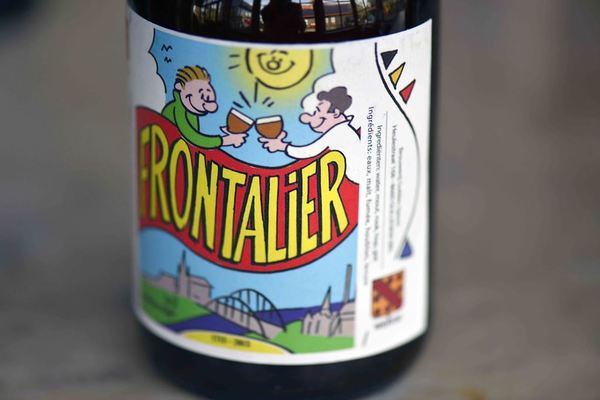 A restaurant, a café, a home brewery, technical support for when brewing equipment is automated... ’t Gulden Spoor accepts any challenge. This place that once started off under the rather disrespectful 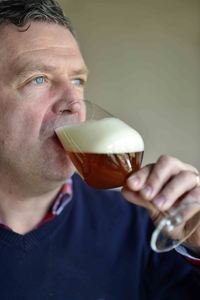 Peter Koopman
© BeerTourism.com
moniker ’t Brouwkot ("the brew shack") is now the playing field of a handful of born and bred entrepreneurs, who, however, have both feet firmly planted on the ground.

Their motto: “Everything is possible but nothing is compulsory”. Strongly hopped, matured in oak barrels... can do. There is a strong preference for the local region.

“Why use exotic hop varieties when we have an excellent European hop variety on our doorstep?” Peter asks rhetorically. When the plums are ripe or the walnut tree needs picking, some of this harvest will be used to brew a beer or two.

Not in a random way, mind you, as these gentlemen are all well qualified in the brewing trade. The standard brewery range includes the blond Netebuk (6.5% ABV), the Vlaamse roodbruine Vlaskapelle (5% ABV), the Kalle (8% ABV) tripel as well as the malty Manten dubbel (6% ABV). Around twenty regional brewers are also keen users of the brewing hall: the boys from Het Verzet, Hugel, Qantelaar… “These people come to us with their very own concept”, Peter explains. “They brew their own beers.

This gives an interesting cross-pollination: we learn from them and vice versa”. At the time, ’t Brouwkot started off as a mere offshoot of the popular ’t Rusteel Restaurant. The roles have now been reversed. It can all happen in the brewing world. 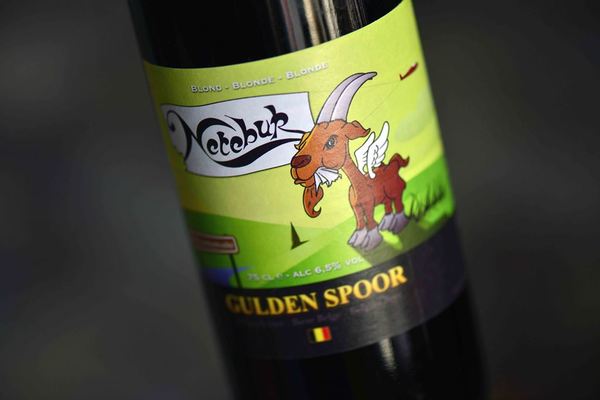 The contents of the glass speaks volumes

The brewers are wary of blindly following the latest trends but they will grasp the opportunities on offer. Thus it won’t be long before the old brewing hall will see beers maturing 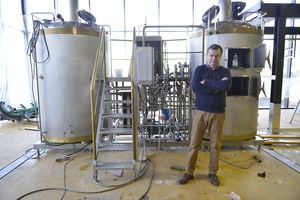 There will also be plenty of room to experiment with traditional ‘versnijbieren’ or 'cut beers', modelled on traditional red-brown beers from West Flanders. In the meantime, the brewers will use the new brewing hall to work with a house yeast they are cultivating themselves.

The result? We are tasting the new blond Frontalier (6.6% ABV) that leans towards a classic pale-ale. “We firmly believe in this type of light beers with plenty of character,” Peter concludes. He also expects a lot from beers with a slightly sour, pleasantly sour or bitter-sweet touch. I cannot wait to find out what that will bring to the glass.

West Flanders colours 'Red-brown' with brewery Omer Vander Ghinste
KORTRIJK/BELLEGEM - “This is a beer for those who are used to sour beer,” says Omer Jean Vanderghinste with a smile. He is CEO of the brewery that bears his name in Bellegem near Kortrijk. ... [ read more ] 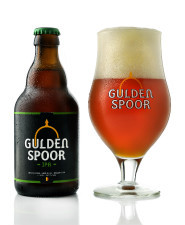 The Gulden Spoor beers from the eponymous brewery in Gullegem near Kortrijk reflect their connection with the area of the Leie. They are named after the historic battle that took p... [ more ]