Home › Blog › Erik's Highlights: Having a beer at the source 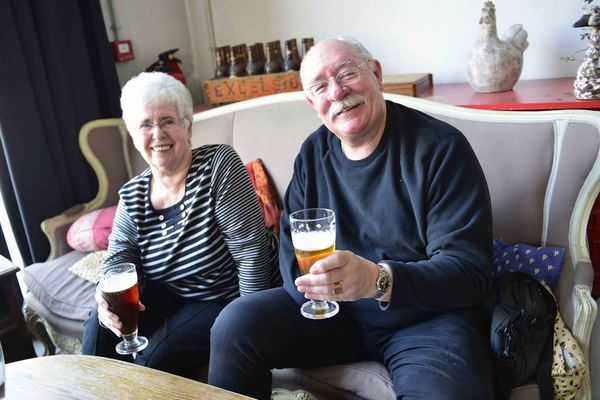 
What could be better than a café that brews its own beer? Somewhere where you can see the brewer feeding the kettle right in front of you. Where you can witness the miracle, clouded by steam, 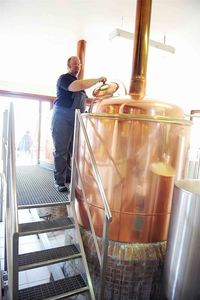 Brasserie des Fagnes
© BeerTourism.com
that in just a few weeks’ time will be poured into your glass. Belgium has many of these breweries and they come in all shapes and sizes.

The vast majority can be classed as microbreweries, where you can take in the production process in a single glance whilst enjoying a – hopefully – good glass of their product.

Admittedly, the line between a small brewery with a café attached and a café with a small brewery is rather vague. In essence, these 'café breweries' were set up with a view to attracting tourists and the formula has proved its worth throughout the years.

In Brasserie des Fagnes, in Couvin, you can keep an eye on the entire brewing process while enjoying your meal or sampling a beer.

This brasserie is also home to a museum documenting the brewing trade between 1858 and 1970. The brewery stages an annual beer festival on the second weekend in July. When the Brasserie des Fagnes 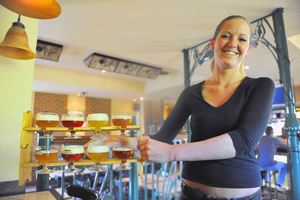 Brasse-Temps, Mons
© BeerTourism.com
opened its doors in 1998, it was the very first ‘brewpub’ in Belgium.

Only two years later, in 2000, Brasserie Dubuisson launched its very first microbrewery under the name of Brasse-Temps, in the student city of Louvain-la-Neuve.

In Belgium, the beer is served straight from the brewery tanks. You won’t find it any fresher. 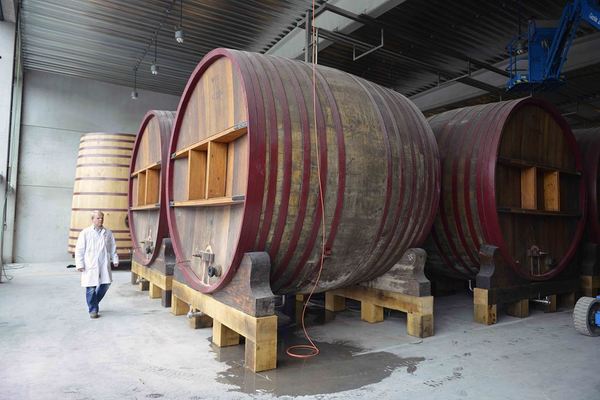 ’t Pakhuis in Antwerp carries memories of the city’s great old Southern Docks. It is strange to think that this is the place where, long ago, ships unloaded their cargoes and took on new freight to be shipped across the globe. 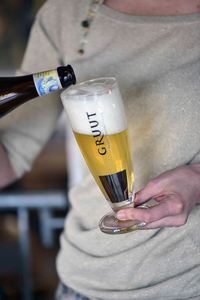 Gruut 'Wit'
© BeerTourism.com
The water has now vanished, to be replaced with a sea of cobblestones.

The former warehouses have been transformed into boutiques, art galleries or in this case, a brewery.

Sint-Canarus in Deinze near Ghent rates as one of the very smallest microbreweries. Here, you can sign up for a beer seminar at which ‘Doctor Canarus’ will tell you all you need to know about beer and brewing.

The syllabus includes: the history of Sint Canarus; beer tasting (theory and practice); how beer is produced; who drinks beer and how much do they drink; the history of beer; and beer and health.

The story of the Ghent city brewery, Gruut, is unique. In a former gas works dating back to 1840 but with a much longer brewing history, Annick De Splenter brews her gruutbeers, under the Gruut label. These beers are founded on an early medieval brewing tradition that predates the arrival of hops. Brewers used a flavouring mixture of herbs commonly known as gruut. The exact recipe varied from region to region and was a strictly guarded secret.

But the local landowner always knew the formula and imposed taxes on the spices in the mix. This history is now coming to life again thanks to the brand new brewing equipment installed in Gruut, Ghent’s city brewery. 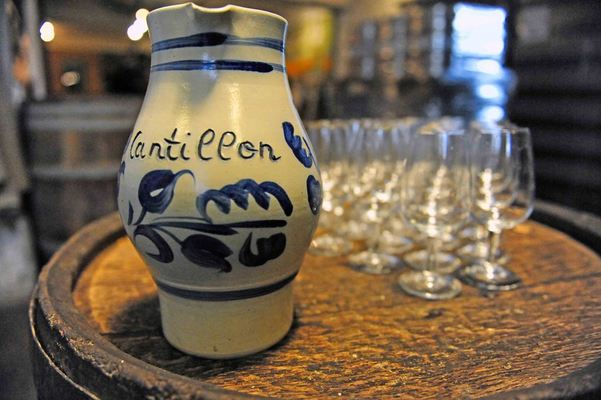 Brussels-based Cantillon is a lambic brewery. Here, the brewery and the dining and drinking spaces are interwoven to such a degree that, there’s no disrespect in calling the place a café brewery. 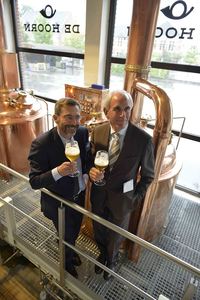 The 'gueuzestekerijen', the workshops that specialise in blending lambic beers from different provenances and vintages, but do not engage in brewing themselves, are a slightly different story, but many serve as well as make beer.

Many large breweries are now investing in visitors’ centres where you can taste and buy the product straight from the vats. Not long ago, the De Hoorn microbrewery with its Grand Cafe was set up at the Palm Belgian Craft Brewers in Steenhuffel.

De Brabandere in Bavikhove affords an excellent view of its speciality beers maturing in wooden foeder barrels while you taste test the finished product.

At De Koninck in Antwerp, visitors can now view the new brewing hall in all its splendour through a glass wall at this entirely renovated brewery.

There are many other examples: La Binchoise in Binche, Brasserie des Légendes in Ellezelles, Microbrasserie de la Principauté de Liège (Curtius) in Liège, Millevertus in Breuvanne and last but not least, Brouwerij Gulden Spoor in Gullegem near Kortrijk. 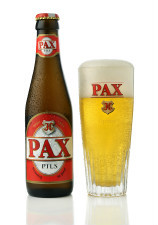