Barrel ageing is an up-and-coming trend in the production of strong beers. Large and small Belgian breweries alike are maturing their beers in barrels previously used for wine, brandy, port or whisky. The scents and tastes of barrel’s previous contents will be transferred into the young beer. ...
[ more ]

A Abbey Beer Fruity, strong Belgian ale that is modelled on the beers made by monks from Trappist abbeys, but brewed by secular brewers. ABV Alcohol By Volume. This is a standard measure of the amount of...
[ more ]

It’s hardly surprising that beer brewed in Belgium is incredibly popular nowadays. Belgium equals beer and beer equals Belgium. We might be blowing the Belgian trumpet a little here but, nevertheless, we are not far from the truth to be honest . Without a doubt, beer is the national...
[ more ]

How can brewers market their beer? With an exciting campaign using poster advertising in the street, on the small screen, even on giant billboards in Times Square in the heart of New York, provided there is a generous advertising budget. The feet of most Belgian brewers, however, are...
[ more ]

To say that 'beer is to Belgium what wine is to France' is something of an understatement. While Belgium contributes just 1% of global beer production, it brews 10 times more per head than the global average. And though, at around 2 billion litres a year, it's not the biggest...
[ more ]

There's no doubt that beer festivals and beer related events are mushrooming across Belgium. Just like music festivals, they seem to be sprouting up here, there and everywhere over recent years. Check any page of the calendar, and you can almost guarantee there'll be some kind of beer festival...
[ more ]

How do you start off a page about Belgian beer icons? First and foremost, by apologising to all those you have neglected to mention; and second, by only paying attention to people with proven references from our rich past. Take Pierre Celis for example. This milkman from Hoegaarden...
[ more ]

When it comes to getting a Belgian beer education, it's not just about packing in the brewery tours – there are many beer-orientated museums begging to be visited across Belgium. Each one showcases a different aspect of Belgian beer culture and each one takes its own unique approach. ...
[ more ]

How many Belgian beers are there? Are we talking about 1,500, 2,000… or even more? But what’s a bottle or two between friends? Whatever the final figure, little Belgium is the source of an ocean of beer that is about to flood the world. Importers...
[ more ]

Belgium is without a doubt a beer country like no other. In more than 160 breweries, give or take a few, countless beers flow into barrels, bottles and cans. The choice of beers on offer is truly splendid, but what really makes the country unique are the many varieties...
[ more ]

'Belgische Brouwers'/'Brasseurs Belges' - or 'Belgian Brewers' in English - is the new name of the national Belgian Brewing Federation. The name shouldn’t be taken to refer to Belgian brewers in general, as not every brewery is a member. However, we are talking about one of the oldest trade associations...
[ more ]

It is often said that when you have seen one brewery, you've seen them all. However, it is when you have visited several breweries that you start noticing the differences between them. And it is these details that make your next brewery trip twice as interesting. For example,...
[ more ]

Even without dumbing things down the basics of brewing are fairly easy. You take a quantity of some kind of starch, usually grain, mix it with water and if conditions are right it will ferment and form a primitive sort of beer, and that is all there is to...
[ more ]

Beer is one of mankind’s oldest beverages. When cereals were first grown for food, thousands of years ago, a fortunate by-product was discovered. When these tasty grains got wet, they would ferment. This process of fermentation had the ability to transform water into a very palatable drink...
[ more ]

Slowly but surely, craft brewers are conquering the world. There are now several thousands of microbreweries in the USA alone. However, for some of these the term ‘micro’ can be taken with a pinch of salt: over there, big is often considered more beautiful. The trend towards microbrewing...
[ more ]

On the principle that it’s better to be safe than sorry, mankind has always looked to higher powers to safeguard his precious beers. In the West simply praying wasn't enough so that means there’s a whole bar full of Christian saints somewhere all of whom have been declared patrons...
[ more ]

The Belgian Family Brewers association has 21 members, all of them medium-sized Belgian breweries committed to producing specialty beers. What are the ties that bind them together? They have all been brewing for at least 50 years within a Belgian, family-owned brewery. The pared down logo in...
[ more ]

The idea that beer was ever only made by and for men can safely be consigned to the land of fairy tales. History teaches us that brewing was originally women’s work and it has had strong feminine links throughout the ages. Brewing was in fact considered part of...
[ more ]

This section of our website describes the main elements of the brewing process, from producing the mash down to the stages of main fermentation, maturation and, in some cases, re-fermentation.

The beer history section takes you back to the Middle-Eastern origins of this noble barley brew before zooming in on the rich European beer history. Here, Belgium is situated within the broad history of beer.

Beer in Belgium is a very specific story, telling you how closely brewing and beer are interwoven with the Belgian lifestyle, the role played by cafés, how brewers were instrumental in promoting the worlds of football and music and the importance of the brewers’ political influence within the local community.

The dictionary of beer is a list in the making. Here you will find the official brewers’ jargon with every term explained in such a way that it can be understood by those who have not (yet) been initiated.

We also list details of thirteen traditional Belgian beer styles. These can be found in the ranges offered by most Belgian breweries. Just think of an abbey beer (abdijbier), white beer (witbier), lambic/lambiek, tripel, fruit beer or saison.

Under the heading of Belgian beer culture you will find an excellent summary. There are more than 1,500 Belgian beers that either belong to one of our traditional beer styles or fall outside the norm – in an innovative way. In Belgium we are also proud of our beer history that goes back hundreds of years. We have managed to preserve characteristic beer styles such as the lambic or Vlaams roodbruin – the Flemish red-brown. This beer culture is not limited to the past, however; it continues and expands in day to day life in Belgium, it is ingrained in it.

Our country has great expertise when it comes to the various aspects of brewing. It is far from a coincidence that Belgium has many top experts at its disposal in areas such as barrel ageing, hops, fermentation etc. And this rich brewing tradition is passed from brewer to brewer. There are around 160 Belgian breweries, macro-brewers to microbreweries, as well as countless hobby brewers bringing this beer culture to life on a daily basis. They have contributed to make ‘Belgian beer’ or ‘Brewed in Belgium’ into a quality label that is highly regarded around the world.

All of this provides a resounding argument to apply for the Belgian beer culture to be recognised as Immaterial UNESCO World Heritage, a proposal made by the national brewing federation of Belgische Brouwers, the Belgian Brewers. On these pages we will also describe in more details the role played by this Federation.

Belgian beer culture translates into a unique mix of tradition and innovation by brewers who carry out their work under the watchful eyes of their patron saint Saint-Arnold, in an endless round of local and national beer festivals, in beer museums often dedicated to specific aspects of the beer landscape (beer glasses, beer advertising, beer transport…), highlighting beer icons who fulfill, or have fulfilled, the role of Belgian beer ambassador with plenty of verve.

This introduction would not be complete without mentioning the beer shops where you will find all these lovely brews. And, before you say anything, women in Belgium are also keen on a good glass. They also like to taste a good beer or two and are capable of matching the boys pint for pint. And no, there is no need for the beer to be sweet. Once the ladies are used to the taste, they are very happy to try a drier or hoppier beer, a slightly sour oude geuze or a sweet-and-sour Vlaams roodbruin. There is something for everyone in our about beer section, which only serves to illustrate the rich diversity of our beer culture. 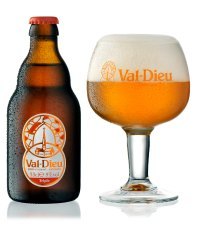 Monks have made an important contribution to the success of Belgian beers. Unlike the majority of their historical contemporaries, they were literate, and thus able to document the... [ more ]