Home › Blog › This month, it's all about the beer in Leuven

This month, it's all about the beer in Leuven 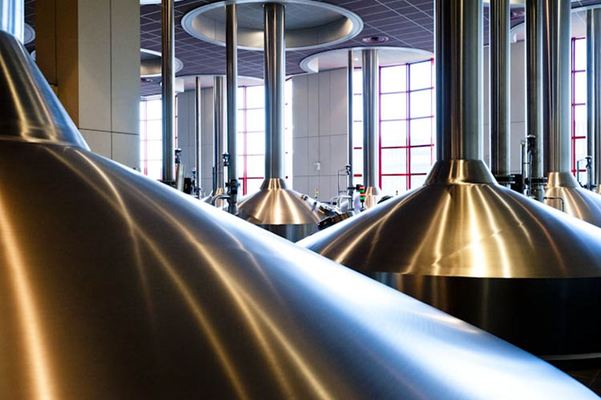 
LEUVEN - The great thing about a Belgian beer festival is that, this side of the Rhine at least, it's very much about the beer – and decidedly less about the festival. Take the Zythos beer festival, being 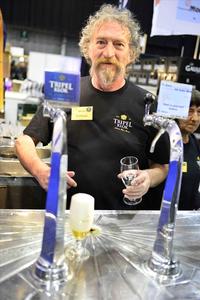 Zythos Beer Festival
© BeerTourism.com
held in the self-styled 'beer capital of the world' – the delightful city of Leuven – this coming weekend. 100 Belgian breweries, 500 Belgian beers and more than 10,000 visitors from across the globe.

That's an awful lot of pouring, supping and card-marking to carefully plan for, over its two days.

No wonder the local council has helpfully laid on buses from the station to the Brabanthal exhibition centre, to ease the travels of newly-arrived beer aficionados.

And the 'local love' shown to visiting beer-fans doesn't stop there.

The Zythos festival (the biggest in Belgium) is now the bedrock of Leuven's Beer Weekend. And the four weeks either side of it classed as 'Beer Month' in the city, and the surrounding province of Flemish Brabant.

There's a fat list of beer-linked events, packages and activities filling out the calendar. Enough to tempt Belgian beer fanciers to flip their weekend break into a week-long beer themed holiday? Quite possibly. 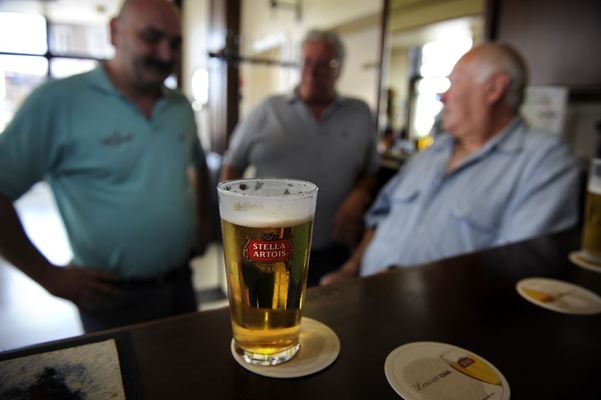 Hanging at the bar
© Toerisme Leuven

From talk to tipple

First off, there's a great opportunity to get yourself a proper Belgian beer education. The Radiohuis studio, in Leuven town hall, is hosting a 'Beer Talks' evening, on the evening of the 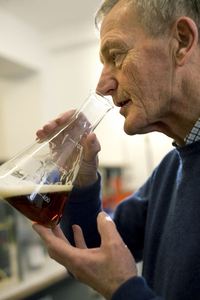 Professor Delvaux
© Toerisme Leuven
25th of April. Four experts from the Belgian beer scene will be on hand to inform, educate and entertain, via a set of short lectures. None other than Dr. Freddy Delvaux, the acknowledged master of the science of fermentation, heads a star-studded list.

Sven Gatz, director of the Union of Belgian Brewers, will also be there. He'll be talking about the future for Belgian beer, as the world turns away from mass-produced, mass-marketed standards, to brews with a little more flavour and flair.

American beer journalist Chuck Cook is promising to pour forth on the fascinating contrasts between US and Belgian breweries – two nations whose beer scenes are increasingly influencing one another.

And as well as getting the chance to hear Professor Delvaux – the acknowledged Belgian 'yeast-master' – discuss matters of science and beer, the talks are punctuated by the creations of Kwinten De Paepe.

This top-ranked chef (favourite quote: “Don’t Underestimate the Culinary Power of Beer”) will rustle up a series of dishes, showing how food and beer are a marriage made in heaven. It ends with a tasting session – all done in the name of science, of course. 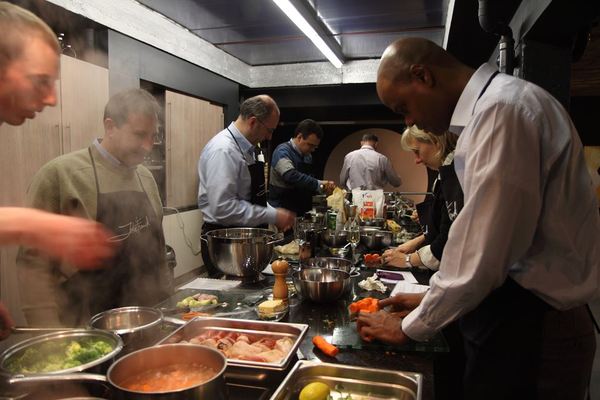 The ancient university town of Leuven itself forms a great backdrop to these beer experiences. It also provides plenty of venues for the sampling – the 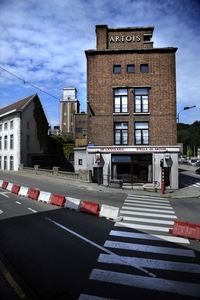 café De Lantaarn
© Toerisme Leuven
central Oude Markt revels in its reputation of being the 'longest bar in Europe' at this time of year.

But there are many more possibilities to experience beer in Leuven. With zesty beer walks, surprising tastings and creative workshops your weekend is crowded with choice. You can follow a guide through the city and discover former breweries and old cafés. Or go on a pub tasting tour and visit 5 pubs with a guide who shows you how to taste and enlighten you about the five unique beers the bars offers you.

One thing that Leuven might be faulted on is the brewery heritage to be found within the city bounds. Apart from the 'David and Goliath' pairing of behemoth Stella-Artois and minnow Domus, the city is devoid of brewing kettles. But fear not.

The surrounding countryside of Hageland and Brussel's 'Green Belt', are strewn with some fabulous brewery gems. And 15 of them have gotten together to throw open their doors, over Leuven's Beer Month. Naturally, with the Lambiek land of the Zenne valley just round the 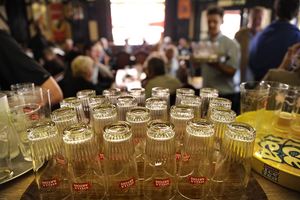 Time to fill up the glasses
© Toerisme Leuven
corner, breweries like Lindemans, Timmermans and Boon top the list. And if you're looking to make a thorough exploration of the delights of sour-brews, the Lambic Bike Rally in Beersel might be just up your street.

But there are breweries closer to Leuven open too – Del Vlier, in Holdbeek, Brouwerij Vissenaken close to Tienen, and the Nieuwhuys inn-brewery in Hoegaarden are all within striking distance of the 'Bierstad'.

You even get a chance to brew your own. The newly-opened Aarschotse brewery is offering three day-long brewing courses across the month. This small brewey a few miles from Leuven have recently revived an old local favourite, the 'Aarschotse Bruine', a soured-red.

It's all shaping up to be something of a vibrant start of this summer's season of Belgian beer appreciation. To find out more, check out the details on the Leuven 'Beer Capital' website.

You can contact or visit the tourism information office in Leuven at: