Passports and Visas The need for passports, ID or visas to travel to Belgium depends very much on your nationality. If you're a citizen of one of the EU's core 'Schengen states', technically you don't even need a passport or any other national ID, to enter (though it makes...
[ more ]

We have detailed the contact details for the most important embassies in the English-speaking world below. Please take into account that there are several Belgian consulates in almost all of these countries. For more information, contact the embassy in your home country. The United Kingdom ...
[ more ]

Touring around Belgium shouldn’t pose too many problems, whether you choose to travel by public transport or under your own steam. One can rent anything on wheels from cars to quads and go-carts. Bikes can be taken on trains, but you should check ahead and you need to buy your...
[ more ]

Currency and Exchange In 2002 the € EURO replaced the Belgian franc as the country’s official currency, 1 euro equalling 40.3399 francs. The very name of the new currency was even first proposed by a Belgian and the € symbol was designed by a Belgian, Alain...
[ more ] 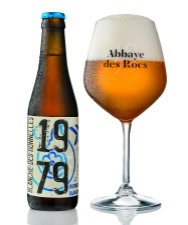 Witbiers, or white beers, are unfiltered, top-fermented beers. This traditional style was re-introduced in the 1960s by Pierre Celis, known for his Hoegaarden white beer and Celis ... [ more ]