Zythos 2018. Watch out… there’s some heritage about! 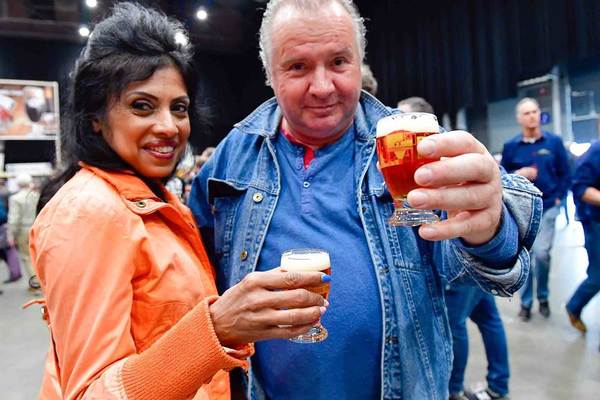 
LEUVEN - 12,500 fans made their way to Leuven for what was already the 15th edition of the Zythos beer festival. Many fans travelled a long way to get to Belgium. They flocked here from many European 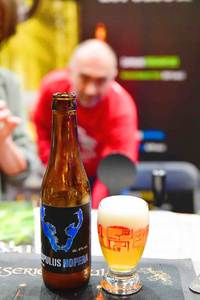 Lupulus Hopera
© BeerTourism.com
countries and much further away too, with Brazil, China, the USA, Australia, Canada and Japan all well represented.

Adventurous beer drinkers feel under pressure to tick off yet another beer on the list of new arrivals.

Are they getting a ‘kick’ from what they are tasting? Is this beer the umpteenth ‘one taste stand’ or is it good enough to be slotted into the standard range of a particular brewery?

At any rate, the craft beer movement has spurned on the existing breweries to be more creative. You are overwhelmed by the huge array of limited editions and niche beers with plenty of character. After all, you come to Zythos to increase your profile, particularly if you have something new to offer.

Some established names in the market decide not to attend when they have nothing new to offer. Nevertheless, the main Belgian classics remain reliable beacons in the tumultuous beer sea. Just join the Trappists, lambic brewers or gueuzestekers or enjoy a ‘spéciale belge’ amber beer, a saison, tripel or Flemish red-brown ale. 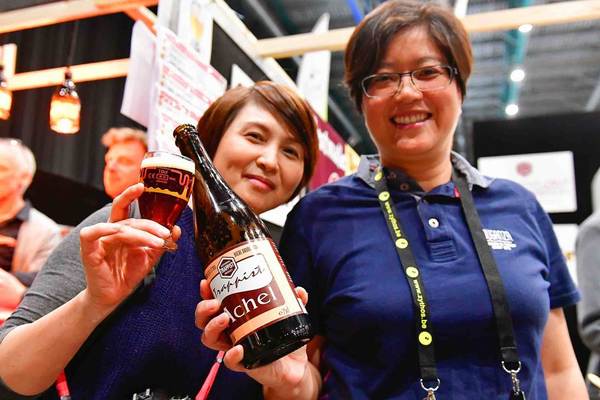 Belgian tradition stands firm in the face of this manifold competition. Many breweries specialise in medium-strong beers all the way up to high-strength beers. Also, the wave of IPAs seems to be receding, only to be followed, 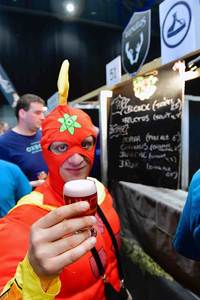 Dressed to Impress
© BeerTourism.com
in our opinion, by a surge of lighter but tasty ‘session ‘beers. Alcohol-free beers continue to take up a small niche in our beer land of Belgium.

Whilst all of this is going on, there are a few breweries that make substantial additions to their ranges or launch their own ‘session’ beers. Barrel-aged beers are being promoted by several breweries: Amburon (Tungri Walk On The Wild Side), Silly (Scotch Silly Whisky Barrel Aged) and Huyghe (Delirium Christmas Oak Aged).

An example of a ‘new sour ale’ with the addition of wild yeasts (Brett) is the Straffe Hendrik Wild 2018 produced by De Halve Maan. Roman is proud to present its Sloeber IPA, Duvel Moortgat introduces its Blue Pearl Russian Imperial Stout and Bertinchamps invites us to a meeting with its Bertinchamps Brune Porter. 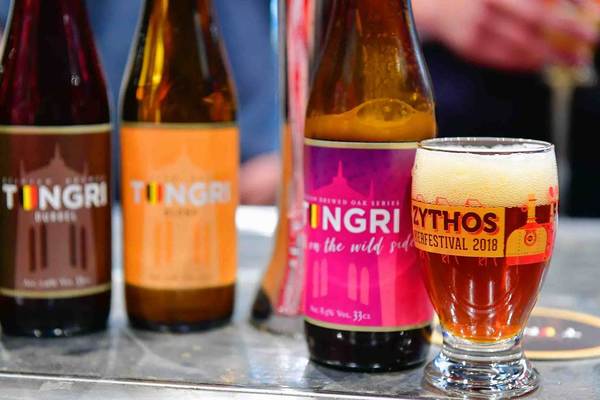 All in the family

Het Anker introduces Gouden Carolus Indulgence Botanical, a beer with an amazing taste thanks to the use of herbs. This brewery’s Gouden Carolus Whisky Infused scooped the Zythos Consumer Trophy only last year. 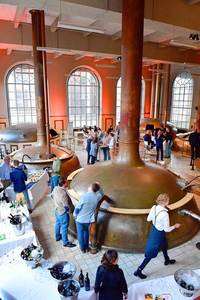 BFB Pre-opening night
© BeerTourism.com
Fruit beers are not forgotten, they are offered by Lupulus (Fructus) and Rodenbach (Alexander).

The tradition of farm beer was revived by the saison from Dupont. This year they have launched a ‘provisiebier’ or storage beer called L’Hirond’Ale. De Kazematten joins the farm tradition with its (Saison Tremist). Palm Belgian Craft Brewers plays several variations on the theme of amber beers.

In brief, the Zythos beer festival pays superb homage to Belgian beer culture, honoured by UNESCO as ‘intangible world culture’. All the same, the influence of the international craft beer movement is slowly making its way into your glass. This is where many Belgian brewers get their inspiration, without betraying the soul of the tradition. After all, what is the added value of the umpteenth uninspired copy of a ‘one hit wonder’? If a beer has been produced without undue hurry and haste, the taste bears it out.

We are given a taster at the very first Zythos Preopening Night organised by the Belgian Family Brewers in the historic Stella Artois brew hall in Louvain. The 21 Belgian family breweries who make up this association are justifiably proud of their expertise gained throughout many generations. This allows them to conjure up something new in the glass from time to time as, after all, to stand still is to move backwards. 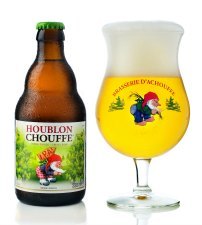 The Houblon Chouffe is a crossover beer – a Belgian interpretation of the India Pale Ale (IPA), a beer style originating in England. Extra hops were added to these ales, to make s... [ more ]