Home › Blog › Christmas beer: 'Tis the season to get jolly...

Christmas beer: 'Tis the season to get jolly... 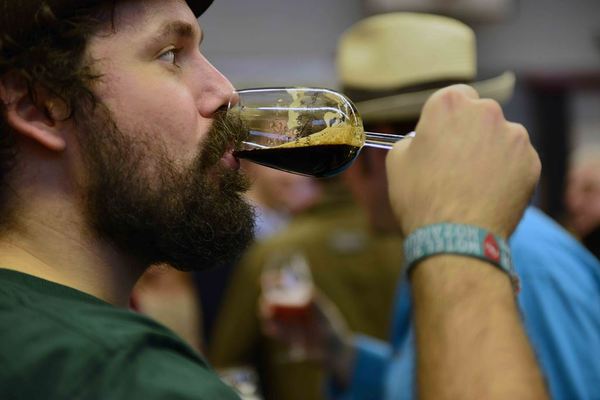 
ANTWERP/ESSEN - The trees are clad in the most vivid colours imaginable and the first strong gust of wind send the leaves swirling to the ground. The brewers know what is in store for them. 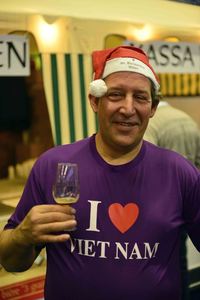 A devoted winter beer fan
© BeerTourism.com
They are attuned to the rhythm of the seasons and rush to their brewing kettles to start preparations for the annual Christmas beer.

At this time of year, beer lovers are eagerly looking forward to the new harvest of brews that they will enjoy relaxing in front of an open fire. Aficionados of Belgian beer are well aware that they have to book their tastings and place their orders without delay. These are genuine limited editions and once they’re gone they’re gone.

The great thing about Christmas beers is that they tend to be strong, rich and rather complex, best enjoyed at the end of a meal or when you have plenty of time to discover their riches. Herbs and spices will never be far away and there is always a good dose of warming alcohol.

These Christmas beers are usually robust and will keep in your cellar for quite a few years. But why would you wait that long? Belgian Breweries use the very best pale and roast malts and freshly harvested hops with the judicious addition of herbs to create these beers that are ready to drink at Yuletide.

A Christmas beer will show up dark in the glass, its hop bitters balancing the sweet taste to give it a long-lasting appeal. 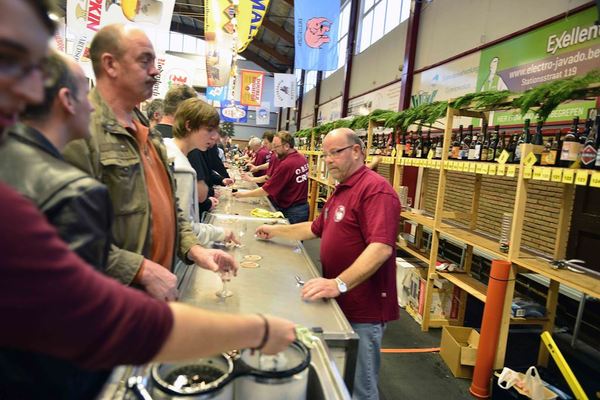 To find out all about the Christmas beers that have been brewing away over the past year, make your way to mid-December’s international Kerstbierfestival or Christmas Beer Festival in the village of Essen, just to the north of Antwerp. 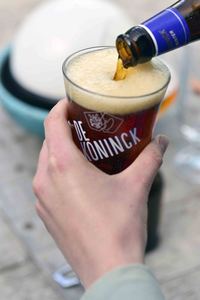 They want to taste all that is on offer and will diligently make notes of every single experience.

So, what can you expect to find in your glass? Evil tongues have it that brewers jumble together all the residues from their tanks at the last moment and call it a 'Christmas Blend'.

Fortunately, the truth is far more nuanced than that.

There are breweries, such as Palm Belgian Craft Breweries, Dubuisson and De Koninck, which introduce a seasonal beer for the end-of-year period that is based on their familiar amber beers but usually higher in strength.

As to abbey brewers, you are quite likely to come across a Christmas version of their regular dark/dubbel.

Particularly in the south of the country, brewers tend to have a more generous hand when it comes to adding herbs. And alcohol content goes up as well. After all, in winter you can turn up the heat a degree or two. 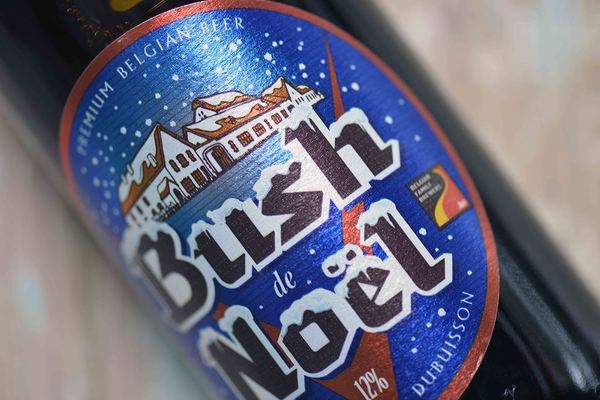 Precisely because Christmas beer is not a well-defined beer style, the Christmas themes have endless variations. Too many to mention, in fact. You may come across a seasonal beer that stays 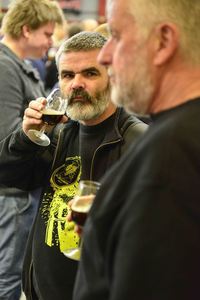 Going for dark...
© BeerTourism.com
a long way from the brewer’s usual path and can rightly be called an outsider.

The Slaghmuylder brewery, for example, surprises its customers with an extra-hopped, malty, blond, bottom-fermented beer. With this pils-style beer, the brewery hopes to appeal to thirsty partygoers.

There are Christmas beers to suit every taste and every moment; no-nonsense or more complex. However, as a rule, we are talking about degustation beers rather than thirst quenchers.

A pick-me-up with a few more degrees of alcohol due to a re-fermentation slipped into the brewing process, strong caramel aromas thanks to the roast malt, a fruitiness from the yeast and sufficient hops to stem the tide of sweetness.

Often you wil detect that one particular herb that compels you to order a second round so you can find out which one it is. Maybe cloves...? Or were they used in the warm 'Glühkriek' you had just now? I can’t wait to see the winter colours that will soon show up in my glass. 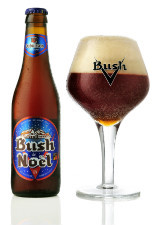 The first reach-out beyond Bush Ambrée for Dubuisson, making its appearance in 1991, the Bush de Noël (Scaldis Noël) is a warm Christmas beer intended to liven up the dark days of ... [ more ]