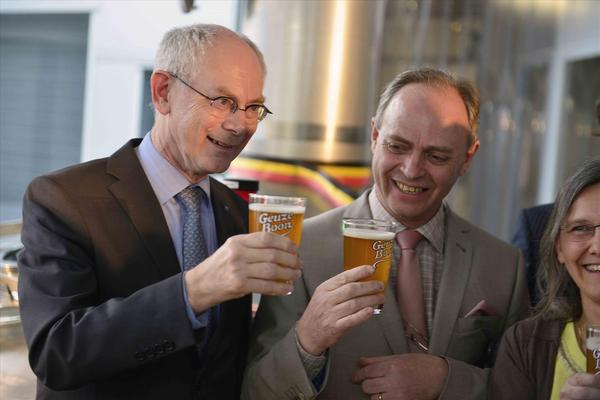 
LEMBEEK - When you pass Lembeek on the Thalys from Brussels to Paris you probably won’t realise that not far from these railway tracks, one million litres of lambic is quietly maturing in oak barrels. 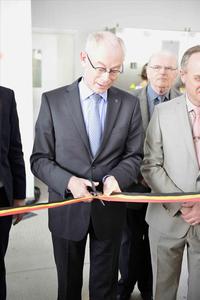 Herman Van Rompuy
© Erik Verdonck - BeerTourism.com
Frank Boon has been brewing in this spot for 40 years.

On 19th April he achieved his lifetime ambition. After six years of intense preparation – helped by his son – the new and fully-automated brewery was opened by none other than Frank’s good friend, and a man who has his roots in the same region: European President Herman Van Rompuy.

“With this brewing hall we are writing a new chapter in the history of lambic,” Frank tells us. “Nowhere in the world will you find a lambic brewery as good as ours.

We designed it ourselves as we had no template to go by.” Frank’s new brewery was especially designed for the production of lambic.

It has a maximum capacity almost three times that of the old brewery and allows the production of several different brews every day.

The cooling facility, or koelschip, from the old brewery is still in use though. This continuity allows the wild yeasts to find their way to the wort. Lambic would not exist without these wild yeasts. 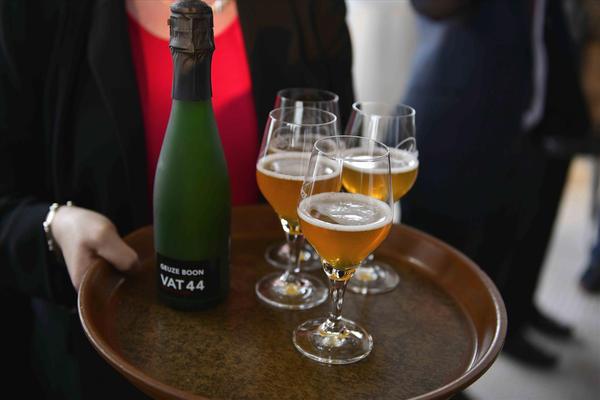 To celebrate the inauguration of the new brewing hall, Brouwerij Boon produced a special and slightly heavier than usual, lambic on 3-4 December 2008.

So, all in all, this beer has now been bottle-matured for almost three years. We therefore honoured this very extra-special Oude Gueuze with the name Oude Geuze Boon VAT 44.” 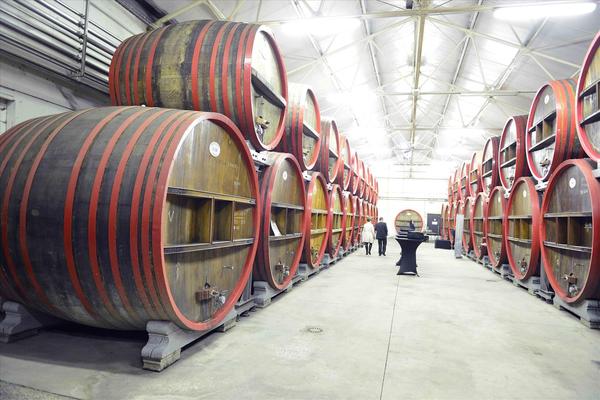 Frank Boon is an iconic figure in the beer world. Together with Mort Subite and Timmermans he laid the foundations for the legal trademarking of oude gueuze and oude kriek. 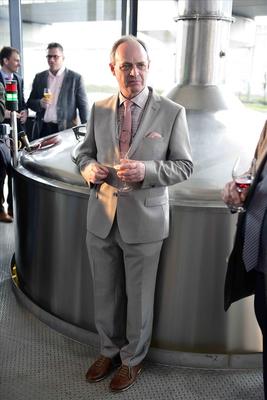 Frank Boon
© Erik Verdonck - BeerTourism.com
“In the 1980s, low quality was the norm,” he says.

'Survival Gueuze’ was produced – a low quality product that had to be priced at the same level as pilsner, a thirst quencher for the working man.

In those days, pils was a trendy beer, clear and filtered and available in a good-looking bottle with a snazzy label. Gueuze beers were considered old-fashioned.”

Frank Boon was brought up with a love of both beer and gueuze. His mother was a food writer. Granddad was a brewer in Merchtem.

“They used to make an amber-coloured 'tonnekensbier', fresh from the barrel and served from a jug,” he says. Frank witnessed the early renaissance of specialty beers at the end of the 1960s.

Today, Frank brews his beers with some strict guidelines. For example: the futaille – the combination of kettles, pipes and barrels – is looked after to the highest possible standards. After it is emptied, it is cleaned with high-pressure hot water, then any holes are plugged and, if necessary, the inside is polished. Frank Boon is personally 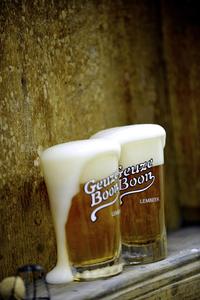 © BeerTourism.com
responsible for the maintenance of the 117 foeders, or barrels, with help from his son and a woodworker.

Brouwerij Boon is a supplier of lambic to the trade, or in other words a 'geuzesteke'r and produces its own brews such as the classic oude gueuze and oude kriek as well as another kriek that really packs a punch.

Lambic matures in oak barrels and Brouwerij Boon has 100 of these foeders on site, each of which contains an average of 8,000 litres.

These barrels have been acquired over time from brewers and winemakers throughout Europe. Only ancient oak will do, as the young wood is too high in tannins to store beer. The oak lets in just the right amount of oxygen to allow the wild yeasts to thrive.

This spontaneous fermentation makes for the very finest gueuze. Each barrel, filled to the brim, has its own character and the wood will affect the taste in its own special way.

A Question Of Time

Properly made, gueuze and kriek will be ready to drink six months after bottling and can be kept for over 20 years. “The wild yeast ages the bottled brew in a positive way,” Frank Boon assures us. 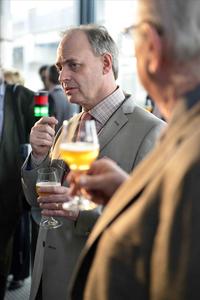 © Erik Verdonck - BeerTourism.com
“This new brewing hall allows me to produce almost three times as much beer as previously.

I have now solved my capacity problem. Over the past few years, the demand for oude kriek and gueuze was more than I could handle.” The brewing of lambic takes a long time.

Frank uses the ‘cloudy wort’ method, which uses 40 percent unmalted wheat. “We produce a brew that grows in taste and character after six months - this is a complex process.

In addition, we are still using the traditional filtering bath to make sure the lambic preserves its unique character.

We’re also planning to continue using the current koelschip, or cooling installation,” Frank says. In other words: a successful marriage between the old and the new. 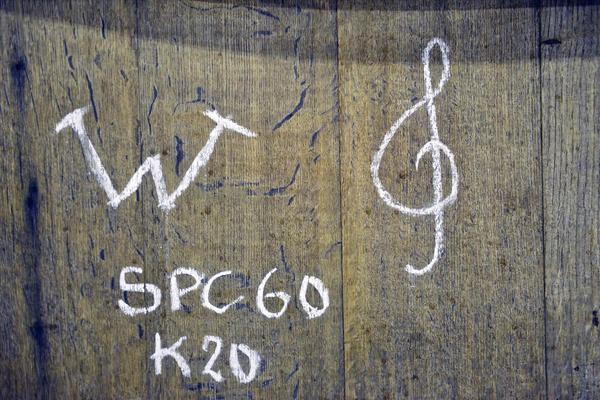 A quick step back in time. Lembeek is near Halle, the former ‘free town’ between the Duchy of Brabant and Hainault (Henegouwen). Sitting in a meander of the river Zenne, 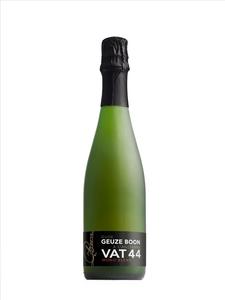 © Erik Verdonck - BeerTourism.com
it used to be home to 43 breweries, all using spontaneous fermentation. From the name of the town of Lembeek, the locally brewed beer acquired the name lambic.

Just under 40 years ago, Brouwerij Boon was founded on the site of the former geuzestekerij, or wholesaler, owned by René De Vits.

By 1975, René was the last lambic brewer in town and was known for his excellent gueuze. His only disadvantage was that in those days gueuze was as little-known as a now famous Trappist beer from West Flanders.

Since then, Frank Boon has continued to brew here with plenty of passion and respect for tradition. His brewery became a lambic specialist with a great reputation.

In the fruit beer market, Boon is a relatively small player, but when it comes to authentic lambic he is the biggest in the country. Boon’s cellars contain the largest supply of oak-stored lambic in the world – well over one million litres. 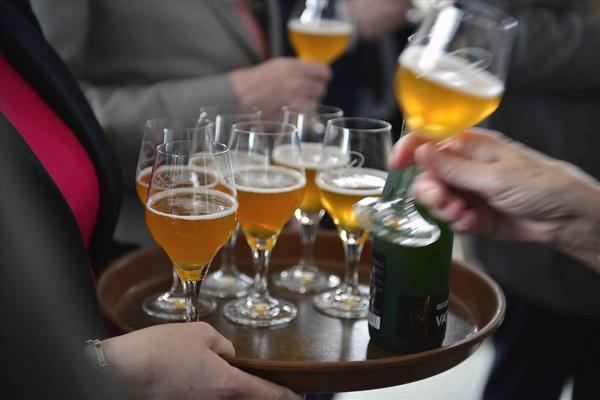 What is 'Oude Lambic?'

A sour, tart beer made by spontaneous fermentation that:

Relies on micro-organisms carried through the air. The wort is cooled in an open vat, or koelschip. Has fermented spontaneously and has matured for between one and three years in oak barrels.

What is 'Oude Gueuze?'

A mixture of 100% oude lambic, refermented in the the bottle. The Oude, meaning old, does not refer to the age of the beer; but rather to the traditional and authentic way it has been brewed; it is pure and without any additives.

What is 'Oude Kriek?'

Oude kriek is produced by steeping 100% oude lambic in fresh fruit at the ratio of 200g to 300g of fruit per litre of beer, followed by refermentation in the bottle. 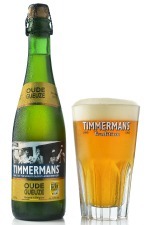