Home › Blog › Travel through a world of flavours with Lindemans 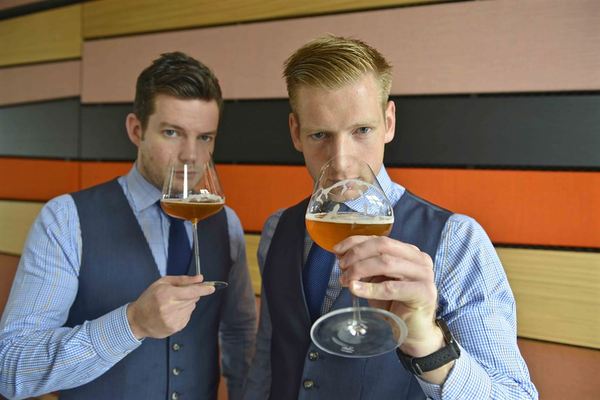 
PAJOTTENLAND/BRUSSELS -The times are changing. Beer in gastronomy is taken seriously nowadays, both in recipes and to partner a dish. This was obvious once more during the latest edition of the Prosper Montagné cooking 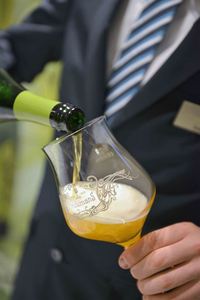 Wim can be justifiably proud of his performance in the 62nd edition of this top-ranking culinary contest as standards were extremely high.

The strict jury awarded its verdict on the criteria of taste, presentation and technique; moreover, the winner’s signature dish had to be suitable for inclusion in the menu.

Wim Van Hecke used the Lindemans Oude Geuze Cuvée René as an ingredient for the sauce and was surprised by the complex character of the beer and its dry, fresh and sour taste. 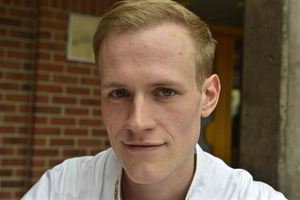 “It was a challenge to serve the pigeon in the purest possible way”, Wim explains.

“I supported its flavour with the sauce, which I never allowed to overpower the bird."

I tempered the sourness contained in the oude gueuze by adding pear syrup. I also added butter to give more body to the sauce.”

Various Lindemans beers were served at the reception that followed the contest, including the new SpontanBasil, developed in collaboration with Danish beer architect Mikkeller. Cheese Master Michel Van Tricht for one was impressed by this new brew.

“As it contains basil, I would recommend it in pairing with Italian cuisine and cheeses, a burrata for example”.

Former brewer René Lindemans is sticking to the Lindemans Oude Geuze Cuvée René that, after all, bears his name. 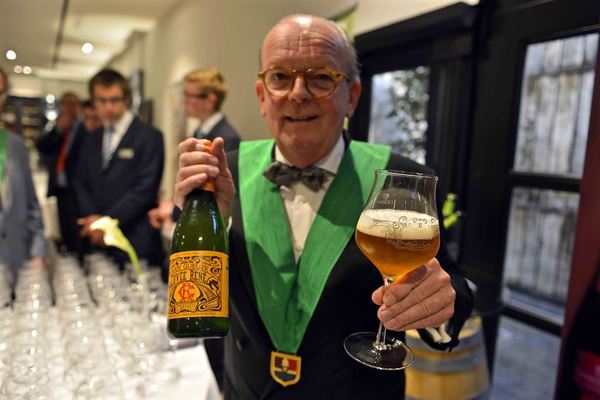 A change of scenery. The prestigious Egmont Palace in Brussels is hosting a gala dinner attended by the Hong Kong Economic and Trade Office. The dishes are prepared by the 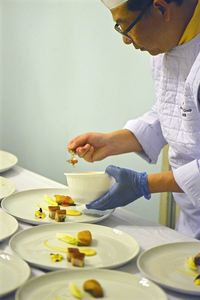 And for the very first time, the only beverage chosen to accompany the various courses is Belgian beer.

From the many official speeches we learn that the Belgians and the Hong Kong Chinese, albeit separated by many thousands of miles, have one thing in common: their love for good food and… drink.

‘When Chinese Delights meet Belgian Wonders’ is the headline of the extensive and varied menu.

The esteemed guests from abroad are already on cloud nine.

They are used to drinking beer but until now, have never come across such a great variety in styles and flavours.

Nothing has been left to chance.

For example, the sommelier attached to the Economic and Trade Office flew from Hong Kong to Belgium and back again with a suitcase full of Belgian beer to try out the pairings in situ. 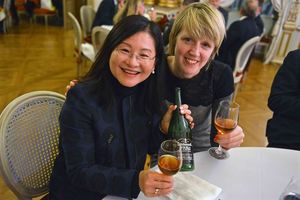 For dessert, we enjoy a ‘Sweet soup of mango cream with pomelo and sago accompanied by a deep-fried rice ball in a sesame crust, filled with Belgian chocolate’.

This is the moment to bring the bottles of Lindemans Faro to the table. Faro beer is typical for Brussels; a one-year-old lambic sweetened with candy sugar.

The malty aromas from the beer support the hints of caramel in the dessert.

So, why pair a sweet and sour beer with a sweet, perfumed dessert? The Belgian beer sommelier has his answer ready. If you combine sweet with sweet, the beer will be experienced as a ‘brut’.

This is an excellent example of East and West coming together in the glass. 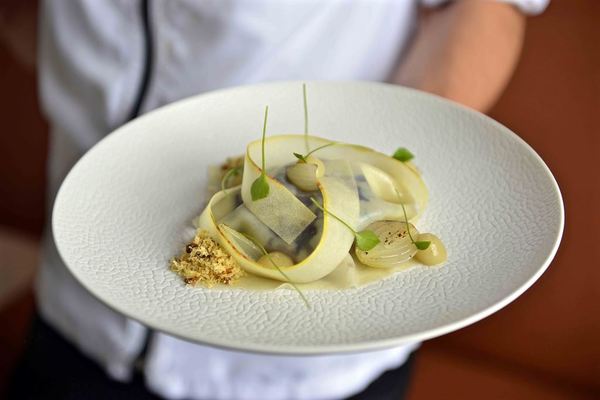 We are retracing our steps to the Pajottenland region west of Brussels, the birthplace of lambic beers as well as the home of Brouwerij Lindemans. The Sir Kwinten restaurant, located at

Sommelier Yannick Dehandschutter was crowned Sommelier of the Year in 2015 and also scooped awards in 2013 and 2012.

Yannick and his brother Sam are jointly managing the business.

Both are Pajottenland born and bred and, unsurprisingly, have a particular penchant for gueuze.

Their ‘Open ravioli with Pajottenland beuling (blood sausage) with red cabbage, silver skin onions and an apple compôte’ is made with a Lindemans Oude Geuze Cuvée René.

The slightly sour but very earthy flavours of this beer are mirrored by the blood sausage, apples and pickled onions. The red cabbage, slightly sweetened with brown sugar, tones down this culinary composition. The Lindemans Oude Geuze Cuvée René turns out to be a popular aperitif as well. 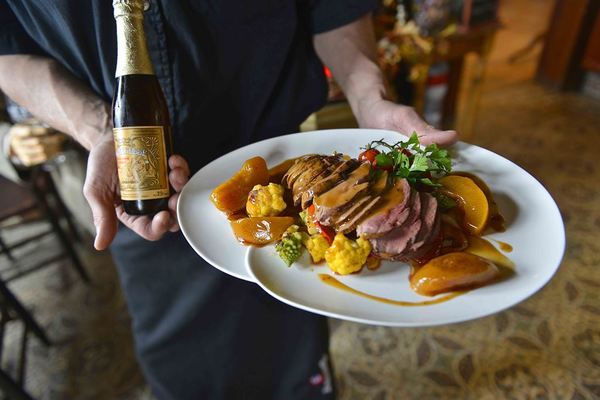 Café-restaurant Klosken in nearby Sint-Martens Lennik offers a cuisine that is slightly more down-to-earth. They are plying the entire range of lambic 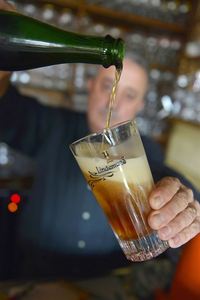 The "classic" Lindemans Gueuze
© BeerTourism.com
and fruit beers at the table.

One of their classic food offerings is ‘Beef stew with Lindemans Kriek from the tap’.

They use the freshly poured beer in the preparation of the stew and also serve it alongside.

Their ‘Freshly caught cod is fried in its skin and accompanied by a a sauce of white butter on a basis of Lindemans Faro.

The dish is served with a creamy potato purée and grey North Sea shrimp’ making good use of the beer to cut into the greasiness of the fish.

‘Coquilles St. Jacques au gratin with roast endives’ is enhanced by a fresh, tangy sauce made with Lindemans Apple.

The ‘Fillet of duck breast with caramelised peaches and potato waffles’ is brought to the table with a sauce made on the basis of Lindemans Pêcheresse peach beer. 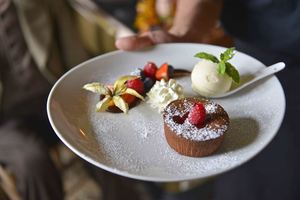 Game dishes are eminently suited to berries including blueberries (known as 'cassis' in French).

So it won't come as a surprise that the Lindemans Cassis is the obvious ingredient for the sauce accompanying the ‘Fillet of wild boar with pumpkin cappellacci’.

Their ‘Chocolate moelleux (molten chocolate cake) with a heart of caramel and Lindemans Framboise’ makes for a beautiful finish to the meal.

Thanks to the addition of this tangy fruit beer, the chocolate goes down very easily and the resulting feeling is one of satisfaction instead of feeling too full up.

Although beer gastronomy is still in its early stages of development, we can only applaud and commend Brewery Lindemans who are willing to both experiment and invest in bringing Belgian beer to a table or kitchen near you!