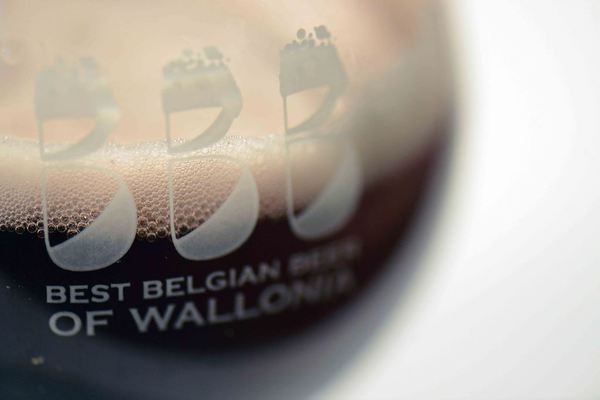 
NAMUR - No, I am not going to reveal any secrets here. Or perhaps I should...? I’d like to give you a glimpse behind the screens of the second edition of the Best Belgian Beer Of Wallonia competition (BBBW). 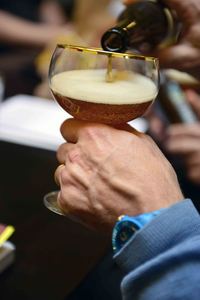 Start to pour
© BeerTourism.com
In all, twenty-eight breweries and ninety-five beers compete for the title of ‘Best Belgian beer from Southern Belgium’.

Thirteen beers will win an award and the winners will be announced on the 26th June. The jury is composed of academics, organisers of the Namur beer festival held in July, a beer chef, beer distributors, beer lovers and authors, journalists and a games maker (Trivial Pursuit Belgisch Bier).

This is far from just a cosy gathering of beer experts. Unprejudiced beer lovers, with fresh opinions, are playing devil’s advocate.

We are finding ourselves in the beautifully vaulted basement of the 'Institut Ilon Saint-Jacques', one of the chefs’ schools in the capital of Wallonia.

Namur has an affinity with beer, evidenced by its claim to be ‘Belgium’s beer capital’ – to which Brussels and Leuven are also laying claim to, by the way. And what will we taste? Each member of the jury is faced with thirty beer samples, all numbered, whilst the competition rules are explained to the letter. I bow my head in respect and keep my pen at the ready. We are being called to vote… 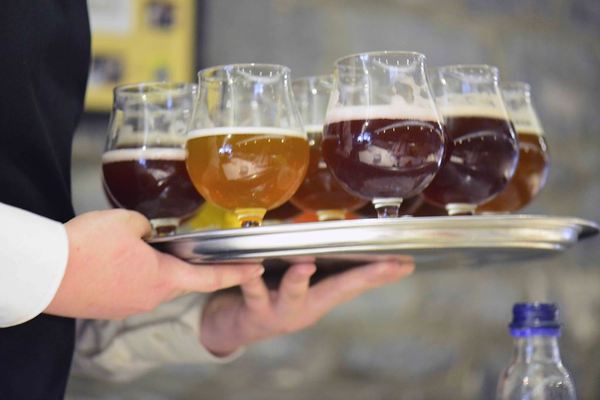 Confessions of a Juror

Awaiting us are seven beer styles spread out over eight rounds: pils, wheatbeer, blonde, amber, dark, stout and 'aromatised'. It becomes very clear how beers grouped into the one and the same 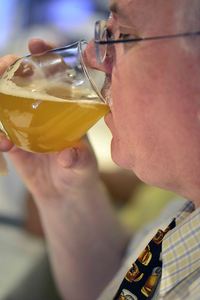 A juror in action
© BeerTourism.com
category can present vast differences in terms of smell, taste, aroma and alcohol volume.

This diversity is particularly illustrated by the last beer style listed, that of ‘aromatised’ beers. This is also proving the most difficult category, as more often than not, a specific aroma from one particular spice or ingredient turns out to be overpowering.

So, what are we looking for and what helps us to decide? Does the colour suit the beer style? Does a blonde beer have a golden blonde colour or does it verge towards amber?

Does it have a firm but frothy collar? Does it present a great show of pearls in the glass?

Does it have an enticing smell or does it produce an unpleasant aroma of say sulphur, carbon, cardboard, metal or dung? Can we smell or taste any mistakes that have been made? Is the beer too sour or too zesty? If it’s cloudy, is that usual for an unfiltered beer or is it due to a mistake made in brewing? 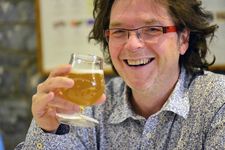 Juror Didier Collart
© BeerTourism.com
Is the pils sufficiently clear? What does it feel like in the mouth? What is the aroma like, and the aftertaste?

The beer is examined thoroughly based on the criteria appropriate to its beer style, personal judgment and a general impression with eight scores varying from ‘bad’ to ‘exceptional’. The final question is: how do you like the beer?

This is, and always will be, an awkward request as it is heavily influenced by personal preference. However, in the final judgment the jury will weigh the answers to this question. The ‘sérieux’ of this initiative is also safeguarded by official partners such as 'APAQ-W' and 'L’Office des Produits Wallons', who are promoting products from Wallonia. 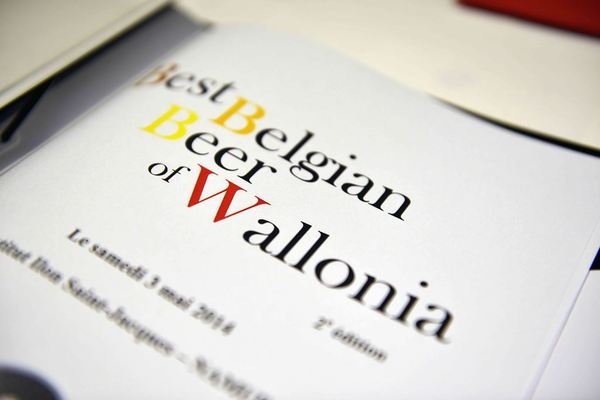 The ‘Best Belgian Beers of Wallonia’ contest proves that beer culture is on the ‘up’ in southern Belgium. In Flanders, specialty beers have been enjoying increased popularity for many years now. Most towns 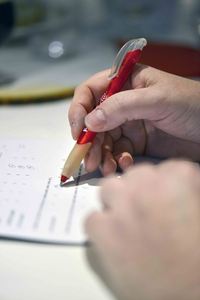 Filling out the winners
© BeerTourism.com
and cities will play host to cafés offering a wide range of Belgian specialty beers. Also, beer lovers are represented by their local associations that form part of Zythos, the umbrella organisation.

This movement has now filtered through to Wallonia, with beer festivals being held in Tournai and Namur as well as other places. Brassigaume in October is ‘the place to be’ for – predominantly – Walloon microbreweries.

At this local level, plenty is happening with newcomers such as Bertinchamps (Bertinchamps), Marsinne (Léopold 7) and the Microbrasserie de la Principauté de Liège (Curtius). However, in terms of food pairing, the South still has quite a long way go to. Having a beer with your meal is not yet part of general dining culture. The most convincing proof: when breaking for lunch, the jury is served…. wine. This immediately brings to mind a quote from a beer chef pioneer, Stefan Couttenye of ’t Hommelhof in Watou:

“In previous days, if I was hosting a group of brewers, they were always drinking wine.” Fortunately these days, the brewers are far more convinced of the quality of their own product. Up to us to follow suit. 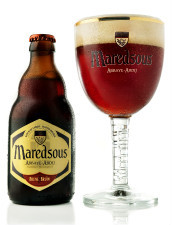 Belgium is justly proud of its ancient monastic tradition, one that goes back centuries. The French Revolution (1789-1799) wiped many abbey communities off the map. A number of th... [ more ]