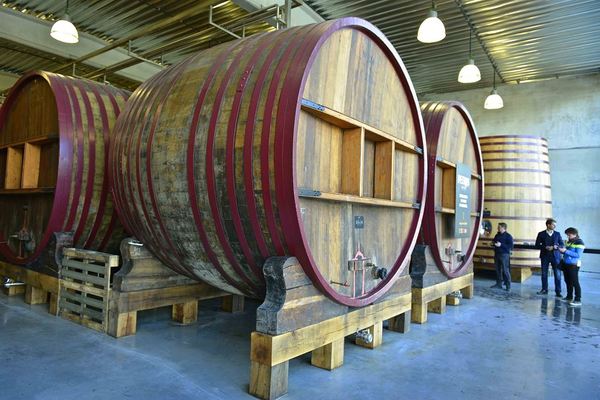 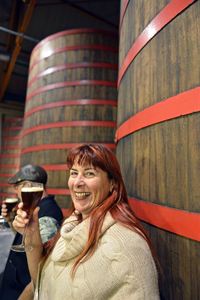 At Rodenbach
© BeerTourism.com
De Brabandere opened their doors to the general public. It is no coincidence that all four of them are in the Lys region near Kortrijk and Roeselare.

This is the cradle of Flemish red-brown ale, with its typically sour and sweet taste, and the brewing secret that lies in the use of foeders (large oak casks/barrels).

At Rodenbach you will feel like you are in a winery or wine Chateau, walking through rooms filled with a total of 294 foeders each containing up to 650 hl, with some dating back to the 19th century.

These oak foeders let just enough oxygen into the beer, where micro-organisms turn the acids into fruity esters, resulting in the Rodenbach beers.

The Flemish red-brown beers date back to the early middle ages. They then used a gruit spice mixture for the preservation and the taste of the beer, as hop was unknown.

The brewers found that beer that had lactic acid and acetic acid could be preserved longer. This is how the tradition of the 'sour beers' originated, by mixing young fermented beer 'blend' with old matured beer. 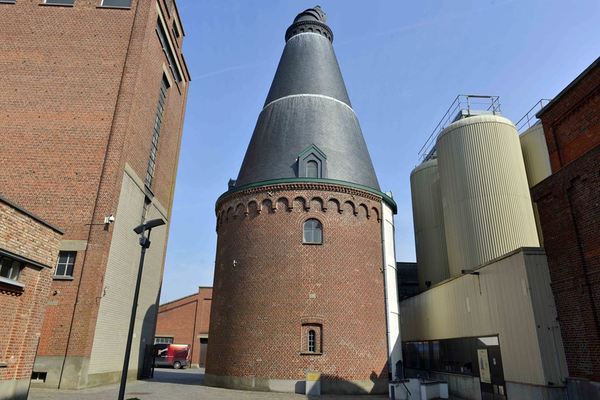 It is a story with many shades of ... red-brown. At Brouwerij De Brabandere they leave the fermented blond-amber coloured beer to ripen in oak for at least 2 to 3 years, resulting in the Petrus Sour beers range. 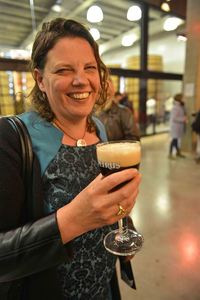 Due to the maturation within the casks, a tangy flavor is created that tends to taste like wine.

Petrus Oud Bruin is a freshly brewed beer that is blended with a dark beer that has been matured in oak barrels for at least 27 months.

Drinking sour beers can take a little getting used to. That’s why De Brabandere produces their ‘sour box’ which contains bottles of Petrus Oud Bruin, Aged Red, and Aged Pale.

You can drink the beers pure, or you can blend them yourself to produce your own unique fusion.

At Omer Vander Ghinste they use open cooling vessels in which the hot wort cools down in one night. In doing so it gets 'infected' with wild yeasts and bacteria including the Brettanomyces, which is typical of lambic beers.

In the foederzaal (cask hall) the lambic is fermented in the upright foeders for at least eighteen months to mature.

The ‘ripe’ lambic is then blended with a fruity young beer which smooths the sour taste of the lambic to produce their VanderGhinste Oud Bruin beer. Their Cuvée des Jacobins is an unblended cask-conditioned beer with lambic at its base. 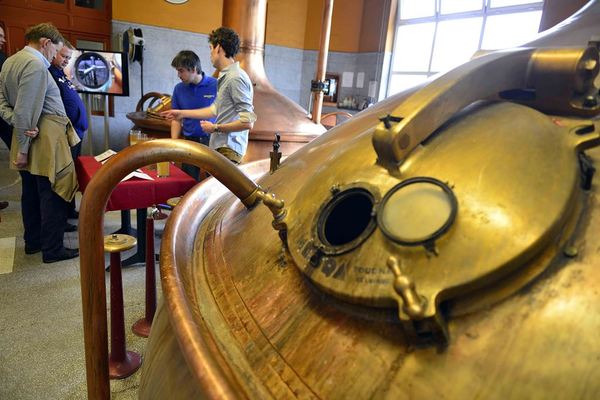 At Verhaeghe they didn’t forget the Duchesse, Maria van Bourgondië (15th century), who was born in Brussels, and married Archduke Maximilian I. She gave the citizens many rights and, 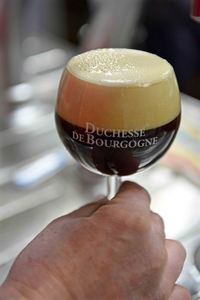 Verhaeghe’s Duchesse de Bourgogne stands out because of the successful marriage between the taste of the yeast, and the tannins from the oak barrels in which this Flemish red-brown has matured.

After the main fermentation and lagering it undergoes a second and third ageing process in oak vats of approximately 18 months.

The tannins in the oak wood give the beer its fruity character.

After this lagering, the Duchesse de Bourgogne is blended with younger 8 months old beer. This is how a centuries-old tradition is preserved in a glass!

Red-brown beers don’t have a bitter hop taste; instead they are the bright and fresh sour ales which are readily drinkable and excellent thirst quenchers.

The red-brown colour to which the style of beer lends its name, comes from the burned caramel malt with which the beers are brewed.

See you in two years at Rondje Roudbruin 2018!

Petrus Rood Bruin (renamed from Petrus Oud Bruin) is a traditional Flemish red-brown beer, typical of the area surrounding Kortrijk and Roeselare. This beer, with its deep, dark... [ more ]