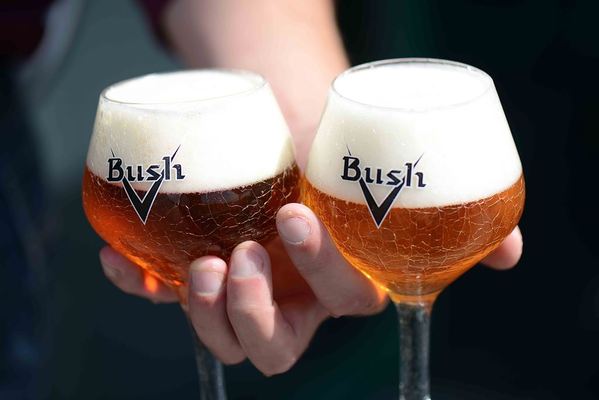 
PIPAIX - Back in 1769. Yes, it was as long ago as this that the oldest brewery in Southern Belgium fired up the brewing kettles for the first time. Nowadays Dubuisson is owned by Hugues Dubuisson, 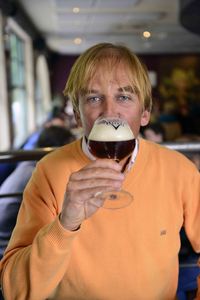 Hugues Dubuisson
© BeerTourism.com
an eighth-generation scion of this brewing dynasty.

Dubuisson is known for its Bush beers (known as Scaldis in the US), produces only its own beers, does not outsource any of its production, and is rightly proud of these achievements.

Thanks to the success of these beers, Dubuisson had to invest in a brand new brewing hall with a capacity of 10,000,000 litres.

The popularity of all Dubuisson beers, including the Cuvée des Trolls, is growing at a steady pace and exports account for 30 per cent of turnover. “Belgian beer is ‘hot’,” Hugues agrees. “But we cannot rest on our laurels by any means. You can also find excellent speciality beers in countries other than Belgium. Just look at the USA with its proliferation of microbreweries.” 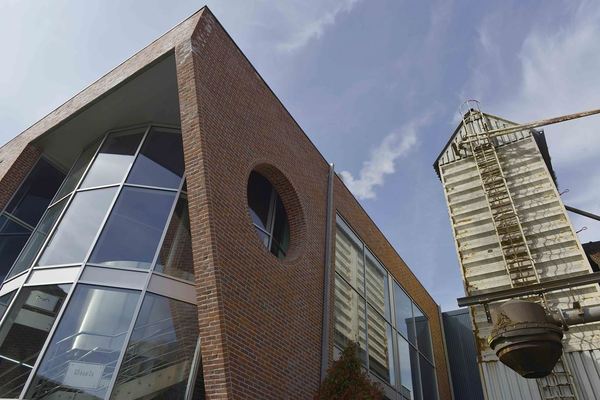 Almost immediately, the brewer points out important differences in the two countries’ beer cultures. He feels that the American scene is veering towards more extreme beers with short longevity. 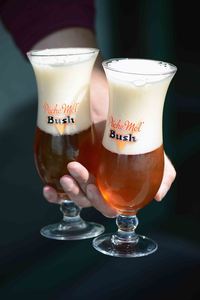 Pêche Mel
© BeerTourism.com
Over there, the brewer is the star and he has to come up with new 'hits' all the time.

“On our side of the pond, our centuries-old tradition is the starting point,” Hughes tells us.

“For us, a new beer has to make a tangible difference. We are also looking for balance in the glass, which is why we pay a great deal of attention to quality."

"Marketing used to be bottom of the list where Belgian brewers were concerned; their focus was on product rather than sales."

"However, times have changed. These days you have to have a very good idea of your target market before you even start brewing.”

Belgian brewers have started to realise this. They are proud of the identity of Belgian beers and unite behind joint projects such as the Beer Palace, a beer experience centre that is set to open in the heart of Brussels in 2018. 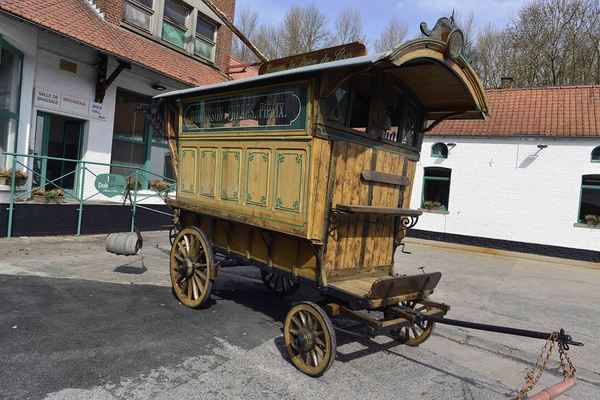 The courtyard of Dubuisson, where history and innovation meet
© BeerTourism.com

The Customer is King

The customer is at the very centre of this. And, he (or she) is increasingly demanding. Not only does he want variety in the glass, he also demands correct and transparent information - he must know who is brewing his beer 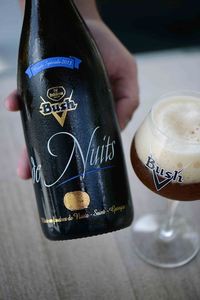 Bush de Nuits
© BeerTourism.com
and how.

That is why Hugues Dubuisson set up the Belgian Family Brewers (BFB).

This association now numbers 22 members, all of them family breweries that have been producing beer in Belgium for 50 uninterrupted years. The BFB logo can only be used on branded beers.

In this way, the brewers want to act against the unregulated growth of so-called label beers.

These are the product of the practice of selling the same beer under different labels. Some beer recipes are sold under dozens of different names.

“Transparency is the key,” Hugues says. “The BFB logo is a guarantee that you are drinking ‘the one and only X beer from the X brewery’.” When ‘Belgian style beers’ started to appear from various places, a group of Belgian brewers took the time to draw up definitions of the country’s legendary beer styles. 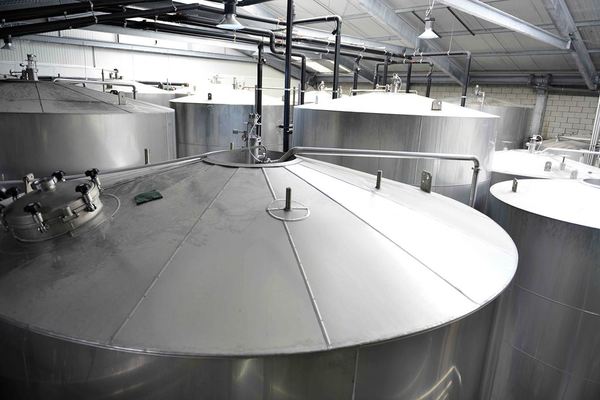 In Belgium family-owned breweries are playing a crucial role. In fact, the survival of some traditional beer styles - witbier, saison, oude geuze, lambic… - can be attributed to them. They were also instrumental in 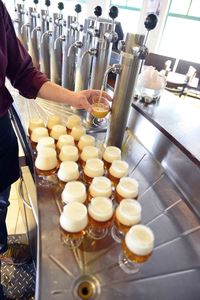 “The Belgian brewers have a captivating story that is not known well enough just yet. Our aim is to make everybody aware of the authentic character, longstanding tradition and overwhelming taste diversity offered by the better Belgian beers.”

Dubuisson is putting his money where his mouth is.

The brewery has around 5,000 visitors every year. They will be immersed in the rich history of the firm, taste the beers, and then tell friends and family about their experiences.

This is what sets the ball rolling. “We aim to strengthen the link between brewer and beer drinker,” Hugues Dubuisson explains.

“Our visitors discover who produces the beer and what is involved. The brewer knows his craft. From his vast expertise and experience he picks out the knowledge required to produce a particular beer.

He will use science and industrial tools but at the end of the day, it is the brewer who determines the quality in the glass.” 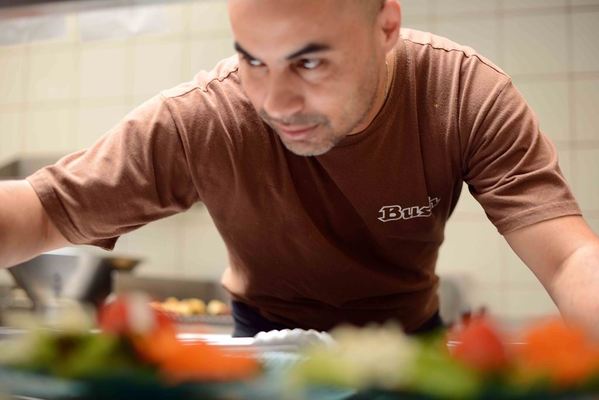 A Bush chef in action
© BeerTourism.com

The tide has turned: beer is evolving into a status symbol. This drink with a somewhat lower-class image is now taking on the allure of a grand cru wine vintage. Brewers introduce exclusive beers that are only available 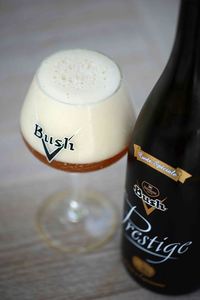 Bush Prestige
© BeerTourism.com
for a limited time or in a limited volume.

The consumer likes to distinguish himself through his chosen drink and wants to know more and more about it.

“This is a great opportunity for the Belgian brewers,” Hugues Dubuisson says.

“After all, we have unique products and a strong and consistent story. Just take a look at gastronomy and beer pairing. We have a world of taste to offer to chefs and sommeliers.

"Personally, I am very much in favour of beer pairing. Belgian beer is finally earning its stripes. It is no longer considered a downmarket product. People now appreciate its unique taste."

Finally, the brewer keeps an eye on what is happening in the market. In addition to the main brewery in Pipaix, Dubuisson runs two microbreweries (in Louvain-la-Neuve and Mons). There, you can drink a beer brewed before your very eyes as well as the familiar Dubuisson beers.

This beer is based on the Bush de Noël, a warming Christmas beer introduced by Dubuisson in 1991, which was intended to lighten up the long, dark nights of winter. Such Christmas ... [ more ]