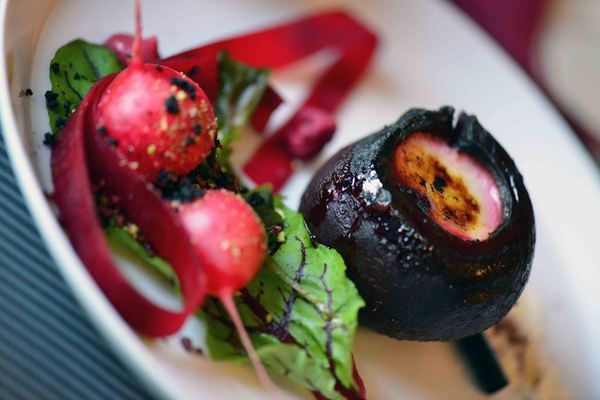 
GHENT - Five chefs, one beer sommelier, nine dishes and as many beers in an exceptional location are the ingredients that make up a successful Great Belgian Beer Dinner, which recently descended on the Gruut city brewery 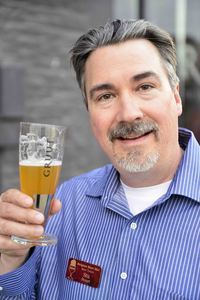 American beerlover Stu Stuart
© BeerTourism.com
in Ghent. It was a hot ticket with a packed house, including a surprising number of Americans.

Those who attended were absolutely right to reserve their places. The level of food pairing skills on show was amazingly high. How could it have been any different?

The stars wielding the chef’s spoon on the night included Stefaan Couttenye of ’t Hommelhof in Watou, Tom De Four of De Heeren van Liedekercke in Denderleeuw, Vincent Florizoone of Grand Cabaret in Nieuwpoort, Sam Van Houcke of Onder De Toren in Hansbeke and Hilaire Spreuwers of BitterZoet in Zonhoven.

A great display of culinary prowess representing different generations and every corner of Flanders. Sparks were flying and all expectations, which ran very high, were surpassed.

The structure of the nine-course menu was perfectly thought out and balanced and the same applied to the choice of accompanying beers. Among the brewers taking part were Carlo Grootaert and Urbain Coutteau of De Struise Brouwers in Oostvleteren and Stadsbrouwerij Gruut who were playing a home game. 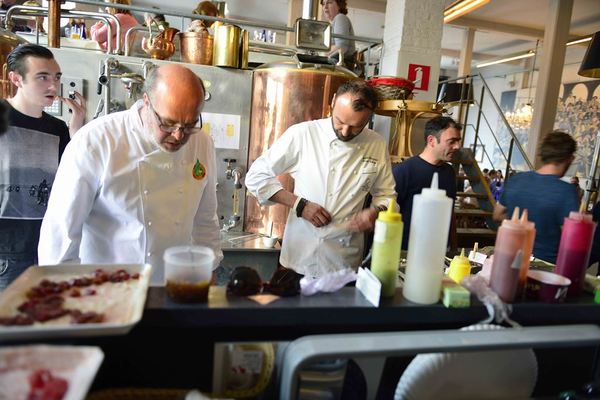 A walk along the beach

The overture was unmissable. ‘A walk along the beach’ looked as if it could have been taken literally. We were regaled with oyster, mussel, razor clam and other North Sea shellfish served on a bed of pebbles. 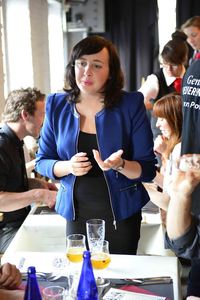 Beer sommelier Sofie Vanrafelghem
© BeerTourism.com
You almost expected them to be engulfed by waves almost as soon as they appeared.

A Weltmerz (3% ABV), brewed by Struise Brouwers and a remarkably light ‘sour ale’ matured in red Bordeaux barrels, made a beautiful pairing with all that saltiness from the sea.

The ‘goat’s cheese crème brûlée’ with its touches of tartness formed a beautiful combination with the sour flavour palette of a Girardin Fond Geuze (5% ABV). Our menu continued with a ‘carpaccio of cod with sour cream and potted spring vegetables’.

The mildly zesty Gruut Wit (5% ABV) white beer, without a trace of hop bitterness, proved the perfect partner for this tender fish in its creamy sauce.

The ‘Belgian white-blue beef matured with Duvel and Gruut Amber with a topping of Achel blue cheese accompanied by fried onion rings’ was perfectly partnered by a well-hopped Taras Boulba (4.5% ABV) produced by the Zennebrouwers. The ideal choice to cut through the grease from the fried vegetables. ‘Saddleback’ on the menu hinted at belly pork from a British breed, reared in the polders of West Flanders, covered in a crust of herbs and accompanied by a mousseline of geuze.

This dish met its master in the Imperialistic ‘American style’ dubbel (8.5% ABV) from Struise Brouwers, which stood up very well to the firm meat with its rather high fat content and pronounced flavours. 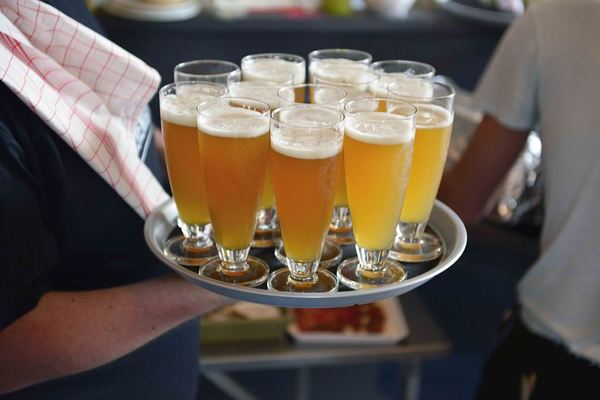 On the right track

And before we lost count, we tucked into the ‘shellfish from the wok with asparagus, brie and couscous pearls’ in the pleasantly dry, fresh and fruity company of the Saison d’Erpe-Mere (6.9% ABV) produced by 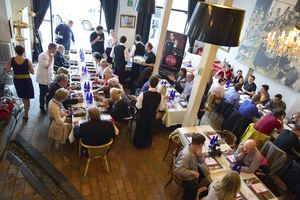 A bird's eye view
© BeerTourism.com
De Glazen Toren brewery. The menu was then screaming ‘duck’ at us, and we succumbed.

The Boon brewery’s Oude Kriek (6.5 % ABV), a recent winner of the World Beer Cup in the ‘Belgian style sour ale’ category, complemented it perfectly with its touches of lactic acid.

Train timetables though are no respecters of great food and fine beer and to my great regret I had to miss out on the cheese board compiled by cheese maker 'Hinkelspel' from Ghent, paired with the Gruut Bruin (8% ABV) from the same city. I also deplored not being able to enjoy the ‘strawberry with sakura, lemon grass and a raspberry crumble’ paired with a Westmalle Dubbel (7% ABV).

However, after enjoying such a wealth of tastes and aromas, the party was already a great success as far as I was concerned. Onward to the next one! 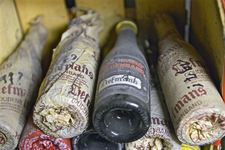 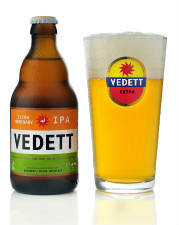 India Pale Ale, or IPA, is an out-and-out success story on an international scale. That we know this beer style at all, is thanks to the Brits. When they created this beer, they ad... [ more ]