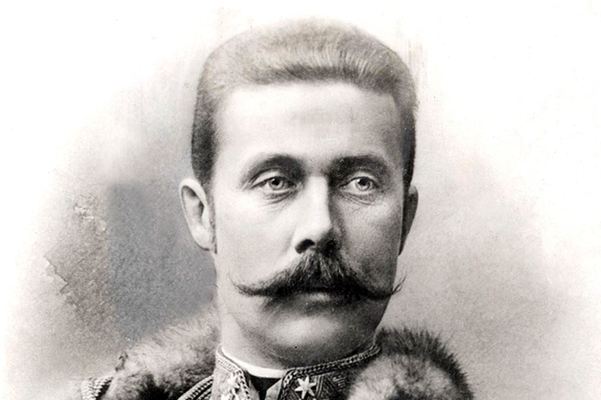 
YPRES - Unlike World War II, there was no single cause for the outbreak of the Great War. In the summer of 1914 Europe was effectively divided into two camps. On the one hand there was the Triple Alliance of Germany, 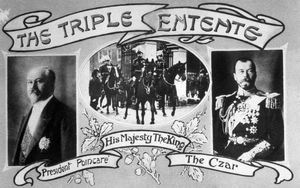 An alliance between Germany and Austria was quite natural. Although as mainland Europe’s most powerful country, Germany with a growing economy was the stronger of the two, both shared a very similar culture.

They shared a common border, spoke the same language and both had been key members of the Holy Roman Empire. Austria on the other hand was in political trouble in the south-eastern corner of its empire where there had been a nationalist upsurge among its Balkan states. It needed the strong backing of Germany in case its troubles got worse.

Italy shared a border with Austria-Hungary and having only recently been unified, felt particularly vulnerable and welcomed an alliance with strong neighbours to the north.

The three countries of the Triple Alliance had promised to help each other if one was attacked by another country. This Triple Entente of Britain, France and Russia was a much looser structure. 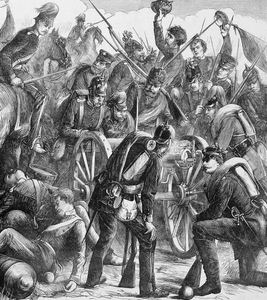 Franco-Prussian War
© Georgios Kollidas
. There may have been a general understanding that they would support each other in time of trouble.

However, there was no outward promise to help if any one of them was attacked.

France was deeply suspicious of Germany, having suffered a defeat during the Franco-Prussian War of 1870 and Britain had concerns about the new and powerful German navy.

France had a strong army, but a poor navy and while Britain had the strongest navy in in the world, its army did not match up to this. It was therefore logical that the two countries should agree to support each other.

The inclusion of Russia might seem strange, but Russia had fallen out with Germany after the 1878 Congress of Berlin when the German Chancellor Bismarck, had worked to deprive it of its territorial gains following its victory in the Russian-Turkish War.

To Britain and France, Russia’s main attraction was its very strong army and the three countries liked the idea of Germany having two huge armies along its eastern and western borders to contain its expansionist ideas. 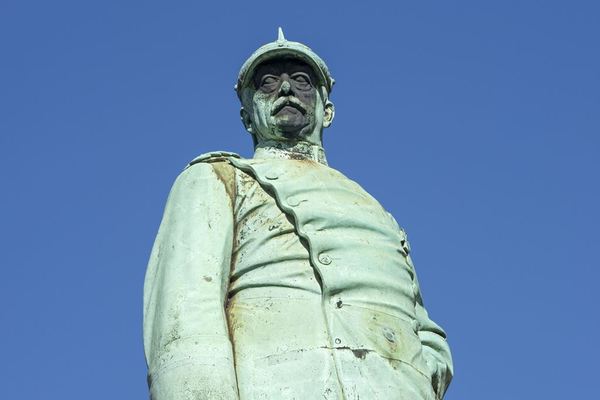 Germany was very jealous of Britain’s enormous Empire. By 1900 Britain controlled a quarter of the world and this obviously created enormous wealth. Germany was determined to acquire as much colonial 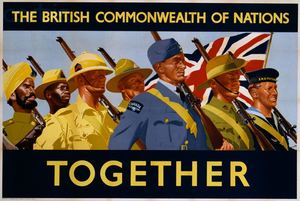 British Imperial propaganda
© BeerTourism.com
territory as possible and it colonised parts of Africa. In reality these territories were really rather worthless, but it upset the British.

A further cause of friction between Britain and Germany was Germany’s wish to increase the size and power of its navy, which Britain saw as a threat to its naval might in the North Sea.

Thus, as Europe moved into the 20th century, there was a general atmosphere of distrust between the members of the two opposing alliances, but neither side was in any way contemplating war with the other.

The event that set everything in motion was the assassination of Archduke Franz Ferdinand and his wife Sophie on 28th June 1914 in the Bosnian city of Sarajevo. To understand the importance of this it is necessary to look at the history of the region. 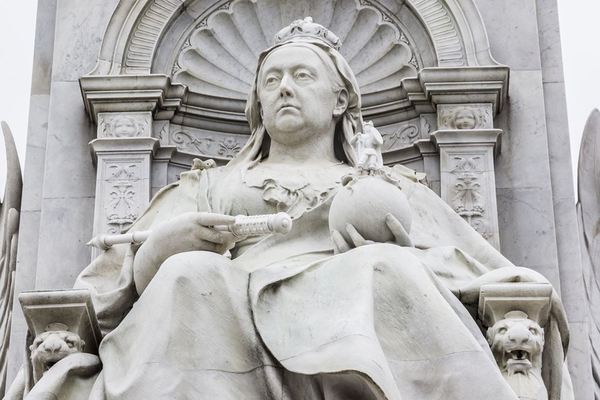 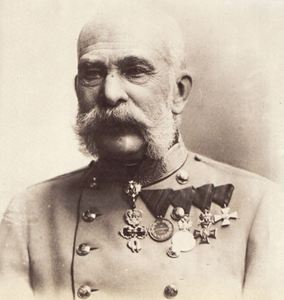 At the 1878 Congress of Berlin, Austria-Hungary was given the mandate to occupy and administer Bosnia, while Serbia was given full sovereignty.

This obviously upset the Bosnians. Initially Serbia maintained close ties with Austria-Hungary, but over time it became friendlier with Russia.

A series of Balkan Wars did nothing to improve the stability of the area and the growing resentment in Bosnia towards the Austro-Hungarian Empire.

Franz Ferdinand was heir to the Austro-Hungarian throne and he had been ordered by his father, Emperor Franz Joseph, to observe military manoeuvres in Bosnia on 28th June.

The date was not a good choice since it was the anniversary of the 1389 Battle of Kosovo and was a day of great patriotic observance in Bosnia. A visit from the heir to the Austro-Hungarian throne was not likely to be well received. 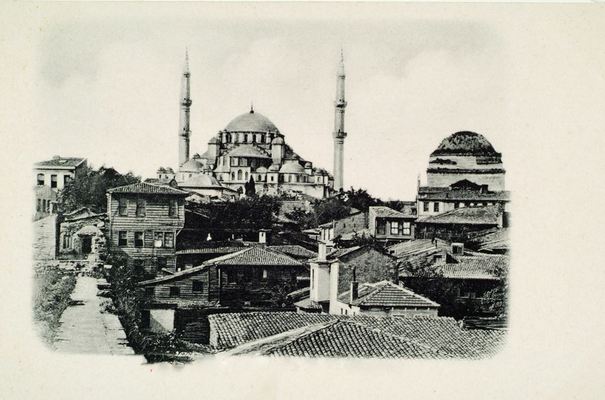 This proved to be the case and seven young Bosnian Serbs decided that the visit would provide a good opportunity to assassinate Franz Ferdinand. He and his wife Sophie arrived by train at 9.28 am and set off 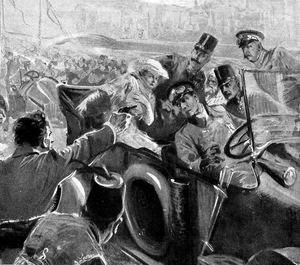 The assasination
© BeerTourism.com
in an open sports car as part of a six-car motorcade, travelling along the main road in Sarajevo.

Security was lax, with no troops and only 60 police on duty during the visit.

A little further along the road a third assassin threw a bomb at the royal car, but this bounced off and exploded under the following car, blowing a hole in the road and injuring around 20 people.

The motorcade then accelerated away to the Town Hall for the planned reception. After the speeches Franz Ferdinand decided to cancel the rest of the programme and visit the injured in hospital. A different route was 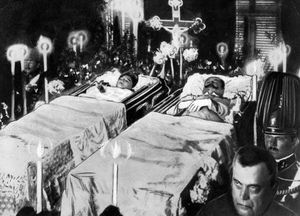 The funeral
© BeerTourism.com
planned to avoid the city centre, but unfortunately nobody told the drivers of the cars and they returned the same way that they had come.

Once the mistake was realised, the cars stopped to turn round, but unfortunately this was right in front of one of the remaining assassins.

Josip Princip fired his gun and Franz Ferdinand and Sophie were both shot and killed. Their murder caused widespread shock throughout Europe. Initially there was much sympathy for Austria, but there was confusion as to whether or not Serbia knew that an attempted assassination would be taking place and whether or not Austria had been warned of this. 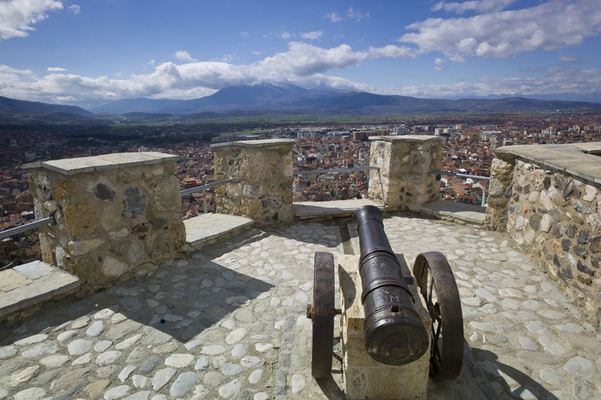 Within two days of the assassination Austria-Hungary and Germany had both advised Serbia to open an investigation, but Serbia declined to do this. Matters escalated and eventually 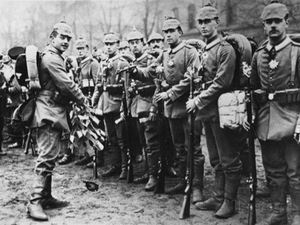 The following day some Serbian reservists were fired on by Austro-Hungarian troops when the ships on which they were being transported up the Danube crossed onto the wrong side of the river.

This was reported to be a “considerable skirmish” and as a result Austria-Hungary declared war on Serbia and mobilised part of its army.

The Franco-Russian Alliance that predated the Triple Entente had included a secret clause that stipulated that if one of the countries of the Triple Alliance (Germany, Austria-Hungary and Italy) mobilized its army, France and Russia would also mobilize.

The Franco-Russian mobilization set off a full Austro-Hungarian and German mobilization and very soon after that all of the Great Powers, with the exception of Italy, had chosen sides and had declared war.

Historians continue to speculate as to whether the war would ever have taken place if the driver of the royal car had followed the correct route. 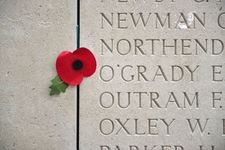 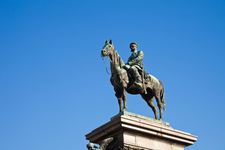