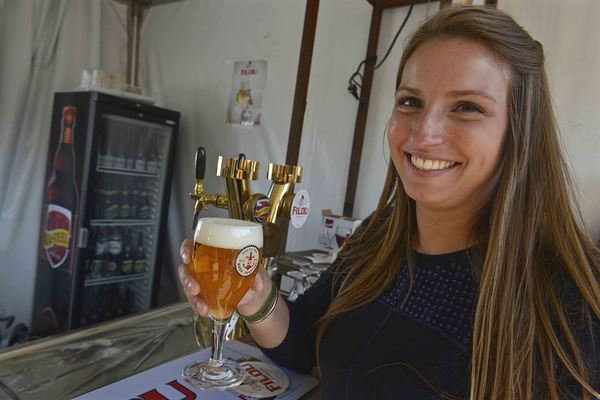 
OSTEND - A cosy, relaxed atmosphere and happy expressions on the faces of beer lovers from all around the world greet me. This is, above all else, what strikes me when I visit the first ever North Sea 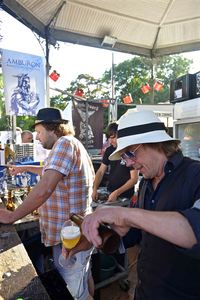 Let the pouring begin...
© BeerTourism.com
Beer Festival in Ostend held over the last weekend of August.

A great finish to the summer. Plenty of enjoyment to be had in the beautiful Leopoldpark, close to the beach. Here you find a wide-ranging sample of all the beers and styles offered in Belgium.

The Ostend restaurant and food trade took the opportunity to join the party too. Bistro Mathilda shone with its famed Croque Sprot Deluxe; Les Filles du Bord de Mer showcased its fresh shrimp croquettes, oysters, fish soup and fish burgers. Culinary inspiration is never far away. After all, the North Sea is literally just around the corner.

Ostend Queen introduced a beer paté made with PoppoLou and Agua del Mar served up a couple of top notch burgers while Toi, Moi et la Mer went Asian with a wide range of dishes from fish cakes to beef salad. 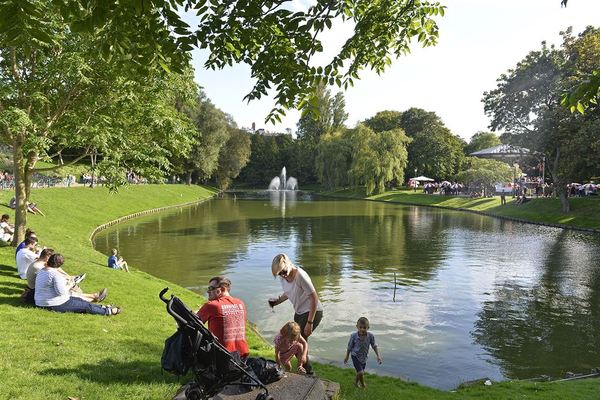 Amble around the park, glass in hand. Relax and enjoy the atmosphere on a bench, around the lake, at a table in the square surrounded by the various stands at the entrance, 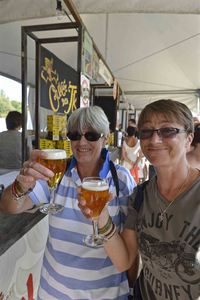 Cuvée des Trolls
© BeerTourism.com
in the splendid park kiosk or under the shelter of the trees.

Observe walkers of any age discover the beer festival. It is great to see how the entire world is united by a good glass of beer.

Throats are lubricated and conversations ensue. Some visitors tend to plump for their tried and trusted favourite beer.

But if they cannot get a Lindemans Kriek, they will give a Lindemans Cassis a try with the verdict: ‘quite tasty as well’.

People get curious and want to find out more about the beers on offer.

Even though Brasserie de Silly is not so well-known here in West Flanders, the Scotch Silly Barrel Aged quickly turns into a revelation, just like the Green Killer IPA from the same brewery.

Or the Surfine, a saison, or the fruity Cuvée des Trolls from Brasserie Dubuisson, known for its Bush (Scaldis) beers that rank amongst the strongest in Belgium. 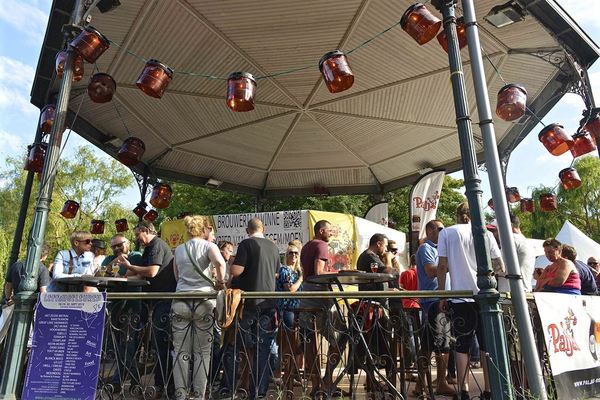 Filou and Barista are the latest additions to the range produced by Castle Brewery Van Honsebrouck, Lindemans has a surprising basil lambiek on offer and Sint-Bernardus presents the Wipers Times 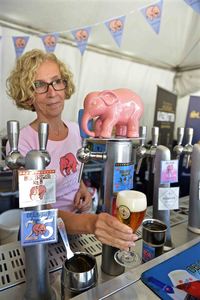 Delirium or Deliria?
© BeerTourism.com
brewed by its De Kazematten subsidiary that is located in the centre of Ypres.

Brasserie Le Fort is a new dark beer created by Omer Vander Ghinste. It is named after a former Kortrijk brewery that was owned by the family.

A dessert beer brewn using wine yeast? That can be no other than the Château d’Ychouffe from Brasserie d’Achouffe.

Their Chouffe Soleil seasonal beer comes with surprising touches of citrus. The new Wild Jo from De Koninck is brewed with wild yeasts (Brett) and comes with impressions of fresh tartness. Timmermans is pouring lambiek ‘out of the box’.

The Bourgogne de Flandres, originating from Bruges and served here at the stand, will soon be brewn once more in the Venice of the North in a brand new microbrewery.

At brewery Huyghe’s stand you can explore the various stages of Delirium, taste a hint of exotica with Mongozo, discover the Averbode abbey beer or enjoy their head-spinning La Guillotine. 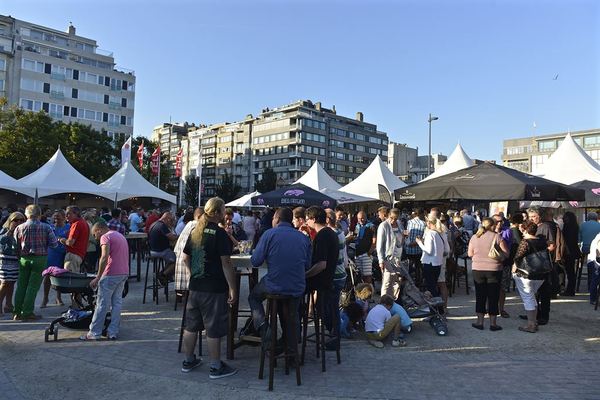 De Halve Maan may incite a tad of Brugse Zot mania but its Straffe Hendrik also packs a punch with its Quadrupel. The Gouden Carolus and the Cuvée van de Keizer, two Anker beers with their roots 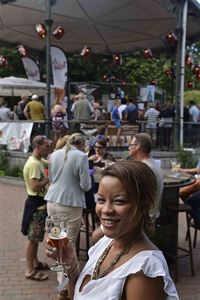 An international public
© BeerTourism.com
in the distant past, need no introduction.

The light blonde Maneblusser and the hoppy Hopsignoor, both brewn in homage to their home city of Mechelen, are perhaps less widely known.

Strubbe is offering its Flemish red-brown Ichtegem’s Oud Bruin besides its Keyte Dobbel Tripel and Dikke Mathilde, an amber beer.

Amburon, the strident city beer of Tongeren, was inspired by Ambiorix, the leader of the tribe of the Eburones, who inflicted a considerable defeat on the Romans.

The North Sea beer of PoppoLou with its salty touch was created by Café Manuscript, a specialty beer café based in Ostend.

Paljas comes in four different varieties: blond, dark, IPA or saison. Meanwhile, beer adventurers are gathering at the kiosk for a Pannepot, a Black Damnation or a Tjeeses from Struise Brouwers; a Cuvée d’Erpigny or an Undressed Monbazillac Barrel Aged brewn by the Alvinne brothers-in-arms; or you can just 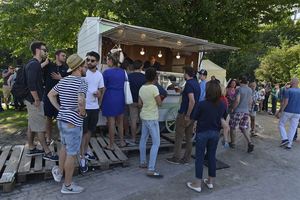 Whilst all this is happening, the Préaris Blond, the IPA en the white beer are almost flying out of the tanks of Préaris-Vliegend Paard.

Its dark Quadroccino is injected with an extra ‘shot’ of the black gold when it is run through the coffee filter and the hop filter is also doing overtime.

And that beer matured on peat whisky, how exactly did the story go? It never ceases to amaze me how the world of Belgian beer throws up different surprises all the time. What does the future have in store? Come back and taste next year at the North Sea Beer Festival. 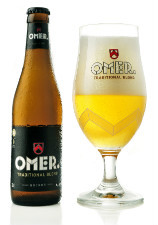 OMER. Traditional Blond has a particularly interesting history, wrapped up as it is with the history of the family behind the brewery. It was in 1892 that Omer Vander Ghinste start... [ more ]