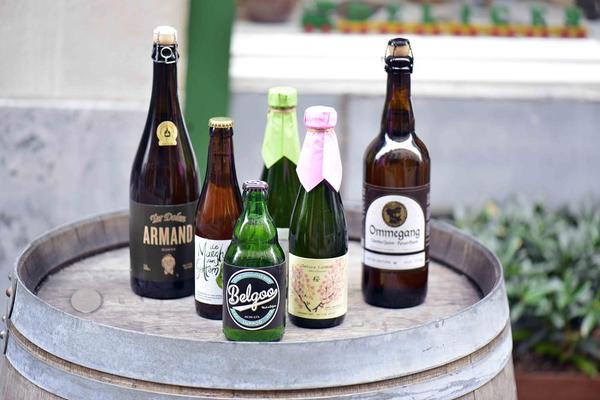 
BRUSSELS - With its fragrant name, Délices & Caprices is a destination not to be missed by any beer lover travelling to Brussels. What’s the secret?

Everyone feels at home with Ann and Pierre Zuber who are happy to be your guide through the wonderful world of Belgian beers.“After hopped beers we will progress to sour ales and stout,” Ann predicts. And she knows what she is talking about.

Ann and Pierre have access to an extensive world-wide network of beer lovers and their fingers on the pulse of the beer market - beer is treated with plenty of reverence. “This story 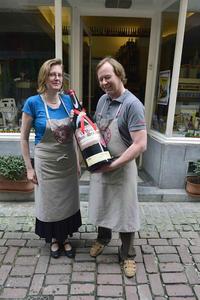 An & Pierre Zuber
© BeerTourism.com
is far from black and white,” Pierre says. “There are plenty of grey areas. Don’t feel that you know a beer after one tasting.

Carry on tasting and you will notice the differences between various batches, just as you do with the better wines. For example, we would advise you to drink a Tongerlo Blond of a certain vintage as it has reached its peak.

This is just a logical decision. The quality of the ingredients will differ. This is especially noticeable with the microbrewers and the taste of their products. Nature will have its way.”

Ann and Pierre do not have a political view on the industry. They feel that great beers are made by large and small brewers alike. “We do place a high value on consistency,” Ann says.

“Can the brewer reproduce his brew and offer the same taste and quality? This is not always evident. Drinkability is another important factor. An extreme beer can be quite exciting, but will you order seconds?” 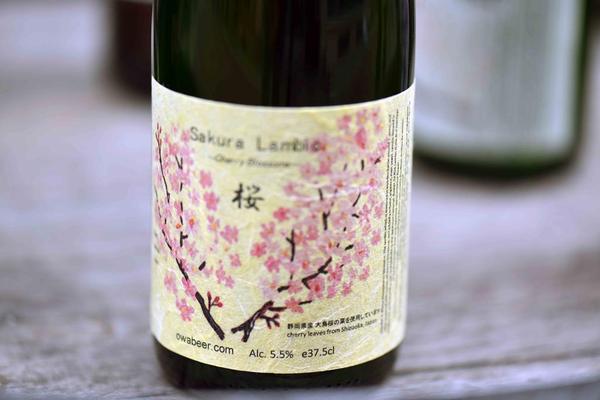 Almost 20 years ago, Pierre Zuber found himself in the capital of the united Europe, Brussels. Originally from Switzerland, Pierre already had a marketing qualification under his belt but had always dreamt of starting his own business.

“Before long, I had found my vocation in Belgium,” he laughs. “You can find chocolate on every street corner. A good beer shop was a different matter...”

At the time, the city’s only beer store was Beermania in Elsene. Pierre started Délices & Caprices at the Ancienne Belgique in the Steenstraat. It didn’t take long for the store to outgrow its original premises - the degustation room in particular was far too small.

“What do you do if you want people to overcome their prejudices?” Pierre asks. “The best thing is to let them taste a variety of Belgian beers.” 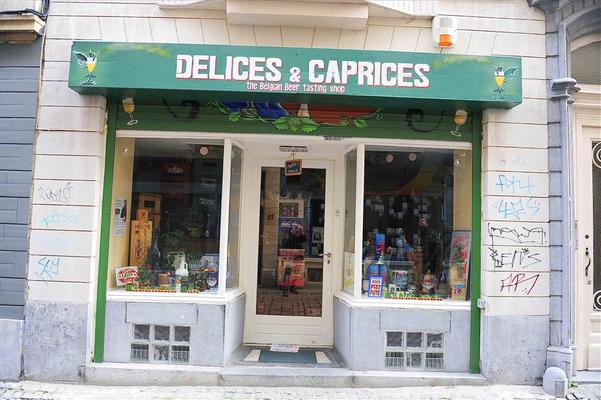 How can I help you?

It wasn’t long before Délices & Caprices gained international fame. At the store’s new 'Beenhouwersstraat' location I meet with beer authors from Norway and Quebec.

Ann and Pierre give an enthusiastic account of their brewery visits; telling the stories behind the beer. “We listen to our customers. We find out what they like and only then will we recommend a beer,” Ann explains. “We will never push a particular beer. If a customer prefers a sweet taste, we will not suggest a bitter IPA.

What is the point in selling the sourest gueuze to someone who has never even tried a gueuze? You have to grow into beers. If you have tasted a variety of beers you will naturally expect a more complex taste.

But there is absolutely nothing wrong with a simple beer.” The store offers a complete range representing all Belgian beer styles. 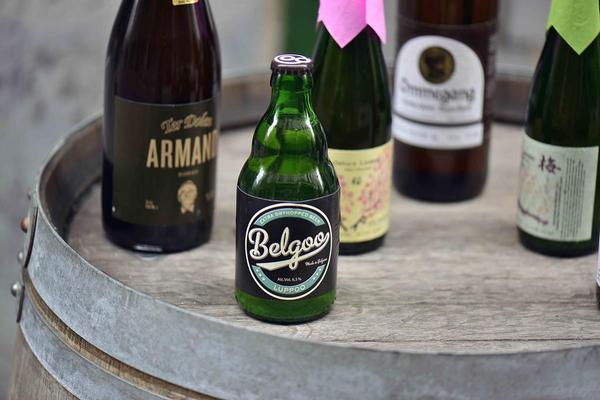 Pierre Zuber likes to view beer through the eyes of a wine lover. “When I set out I had some French customers,” he tells us. “They discussed beer the same way they would discuss wine. 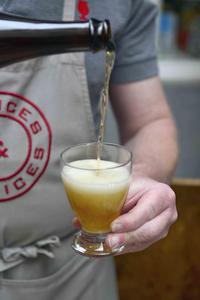 An experienced pour
© BeerTourism.com
At the time that felt quite revolutionary. In Belgium, beer is so wide-spread that you often don’t realise how complex a product it can be.” I can only nod in agreement.

Chef Stefan Couttenye of ’t Hommelhof in Watou once told me that even brewers used to order wine when visiting his restaurant. It just goes to show how much confidence they had in their own expertise.

“I cannot emphasise enough how important beer culture really is,” Pierre argues. “How do we see beer? How do we pour, draw and drink beer?” Pierre doesn’t mince his words when he makes a plea to protect the Belgian beer culture as a World Heritage institution.

“Don’t underestimate the importance of the beer culture,” he continues. “When Americans visit us, their expectations are sky-high. They want to taste the 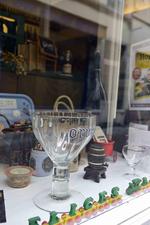 © BeerTourism.com
best beers and visit the pubs and beer restaurants with the best atmosphere.

It’s not about finding the cafés with the most beers on tap – there’s always one that has more – but it’s about location, atmosphere, history, the story...” This calls for a positive approach to the whole beer experience, from brewer to drinker.

“We are not jumping on the latest bandwagon,” Ann says. “We are not joining the latest craze for Westvleteren or Pannepot. There is no such thing as ‘the best beer’.

At the end of the day, the best beer for you is the beer that you fancy drinking at a particular moment. And that is different for everyone.

Unfortunately the media picks up on beer crazes and contributes to the hype. Consumers need to keep both feet on the ground. It’s up to you what you want to drink. No-one can tell you what to do.” 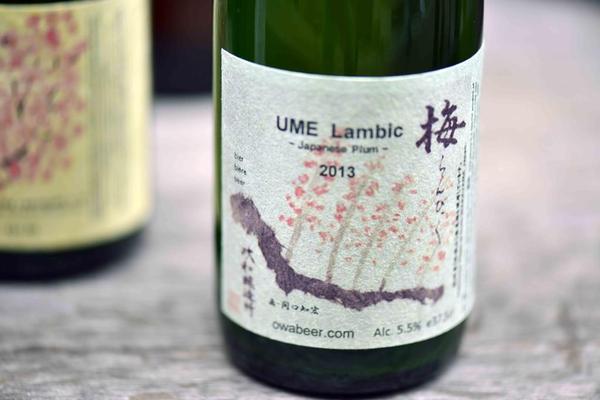 Pierre fills the glasses and it’s time for a tasting round. An array of well-known beers make their appearance accompanied by some hidden gems. The well-hopped Armand from the Ter Dolen brewery shows itself to be light and beautifully balanced. The Ommegang tripel by Haacht is dry, herbal and fruity.

Belgoo Luppo is a two-grain beer made with wheat and oats. This zesty and hoppy beer is somewhere between a white beer and a saison. De Maeght van Gottem from Sint-Canarus is a fairy tale based on a strong blonde, with a hop flower in the bottle.

The Keikoppenbier from organic hop farmer Joris Cambie (De Plukker) tastes of European hops and owes its rounded character to its malted wheat.

Leo Imai lives in Belgium and brews beers for Japanese restaurants in co-operation with Vandenbossche brewery. This Cuvée Chapeau lambiek was created by Leo with De Troch. There’s also one with Japanese prunes and one that uses the leaves of the Japanese cherry tree. “Can you taste the saltiness?” Pierre asks, “Such an explosion of aroma!”

We are both lost for words.

This gueuze is a completely different beer compared to the St. Louis Premium Gueuze. This beer was created as the result of a challenge. During a brewery visit by Professor Gil... [ more ]