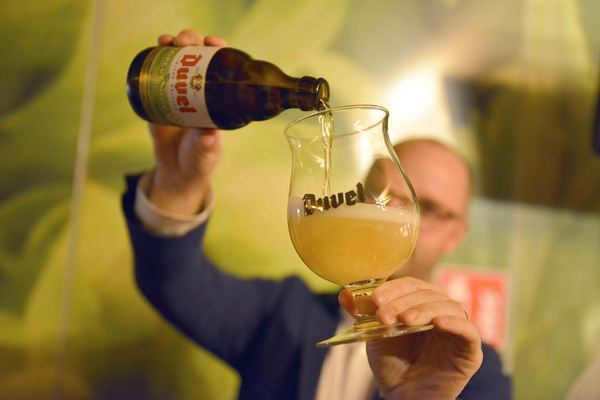 
PUURS - With their Duvel Tripel Hop has Duvel Moortgat joined the fashionable quest for hop bitterness pursued by all those craft brewers with their many India Pale Ales (IPA)?

Well there is a 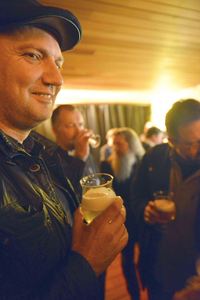 Head Brewer Hedwig Neven
© BeerTourism.com
simple answer to that question - no - the Duvel Tripel Hop cannot be described as a classic IPA.

What started in 2007 as a one-off experiment and produced in only a limited volume has turned into a regular release since 2012.

In addition to the strong blonde Duvel, the brewing diary now includes the – even stronger - Duvel Tripel Hop (9.5% ABV).

Just like the flagship Duvel, this beer is brewed with Saaz-Saaz and Styrian Golding hops.

“We are looking for expressive but stable aroma hops, suitable for use in dry hopping,” head brewer Hedwig Neven explains. “This gives a different profile to the Duvel Tripel Hop every year."

"The Equinox, not yet widely known in our country, provides aromas of lime, lemon and grapefruit as well as impressions of green pepper.” 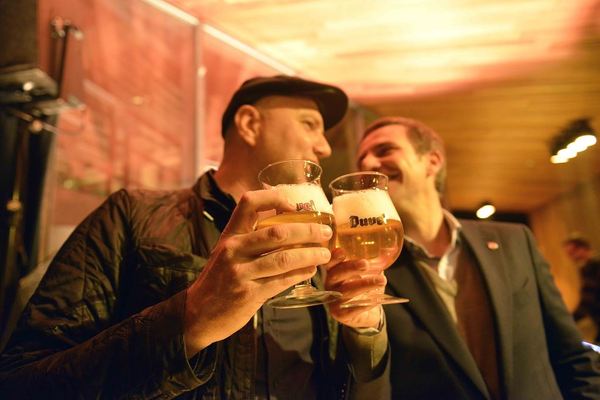 Even while we discuss the latest edition, the brewers have started preparations for Duvel Tripel Hop 2016. Hedwig Neven: “We experiment with different varieties of hops, research their qualities, taste the various combinations 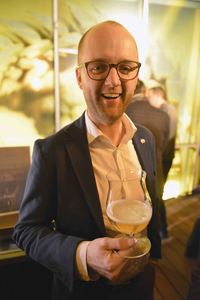 Duvel Sommelier Nicolas Soenen
© BeerTourism.com
and, once all the noses are pointing in the same direction, our team, made up of four brewing engineers, will give its approval.”

"The more people are included at the tasting stage, the more opinions will be heard."

Duvel Tripel Hop is fundamentally different from the classic Duvel. And convinced Duvel fans are not always won over by this variant – whether you love Duvel Tripel Hop will depend very much on individual taste and aroma preferences.

The classic Duvel recipe forms the basis of Duvel Tripel Hop, with that third hop variety added by dry hopping late in the brewing process.

The beer also re-ferments in the bottle, leading to a production time of three months and one week from start to finish.

The basic Duvel recipe is never altered in any way. However, in making the Duvel Tripel Hop the brewer encounters new hop varieties. For example, Duvel Moortgat now use Citra for some of its other beers. 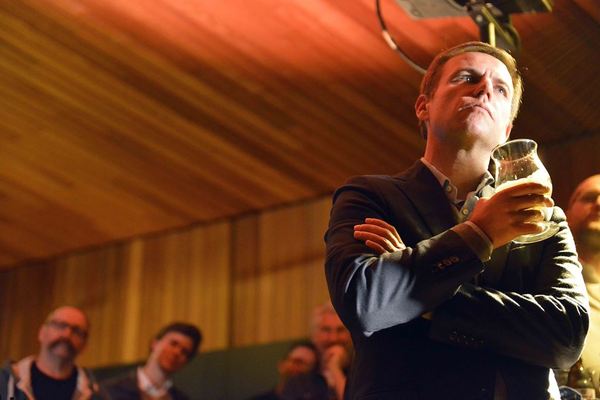 The Art is in The Nuance

“Do not view this Duvel Tripel Hop as an IPA,” Hedwig advises. “We are not in search of extreme bitterness. I’ll have you know that in the USA, our Vedett IPA is considered a pale-ale.” This brewer wants to 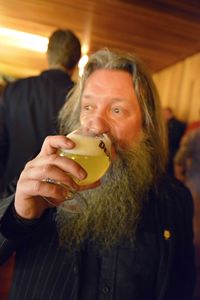 Duvel lover Wanne Madelijns
© BeerTourism.com
make beers that tempt you into ordering seconds, while some extreme beers are aimed at a niche audience.

This applies equally to IPAs and to the up-and-coming sour ales. “Brewers will have to keep an even closer eye on the limits of sourness,” says Hedwig. “The art is in the nuance. Beers that are too sour are frankly undrinkable.”

This year Duvel Moortgat will be introducing a quartet of new Belgian beers. These beers will be launched first in a limited number of cafés and, if customers give the thumbs-up, they will be officially introduced to the market.

This was the path taken by Duvel Tripel Hop. It started off as an experiment and is now a regular annual addition to the range.

Is American beer culture increasingly filtering through to Belgium? “We are talking about two very different worlds,” Hedwig responds. “But I feel that they are becoming closer. The Americans become less extreme and the Belgians are experimenting more than they used to. In both countries I see a trend towards lighter beers with plenty of taste.”

Hedwig Neven knows exactly what he is talking about; he is in charge of 30 Belgian and 50 American beers, brewed in six Duvel Moortgat breweries, four in Belgium and two in the USA. 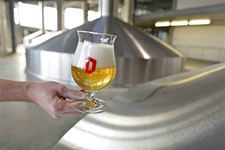 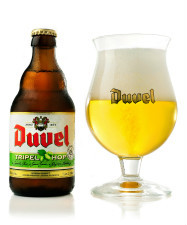