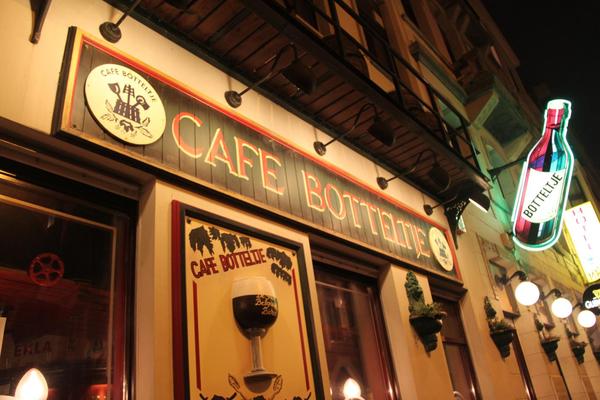 
OSTEND - We have been waxing lyrical, okay perhaps once too often about Stille Nacht (Silent Night), the (in our humble opinion) superb Christmas beer from the Dolle Brouwers in Esen, Diksmuide (not to be confused with Essen near Antwerp). However, as we had forgotten to place our order this year we arranged a Stille Nacht tasting in Café Botteltje in Ostend.

With over 400 beers on its rather robust menu, which, truth be told, is more like a beer bible, Botteltje is a dedicated beer café. Every beer lover will adore this venue; the menu is plentiful and includes various dishes with beer as a main ingredient. Also, the café owns its own hotel, “Marion”, right next door, convenient. 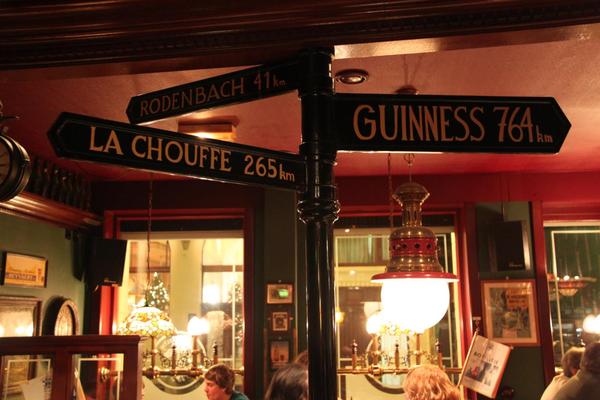 Enough about the location; let’s return to the beer. Dolle Brouwers’ beers enjoy international fame and are exported far and wide. Kris Herteleer has been brewing for several decades and knows his trade well. With support from local beer promoter Ive Mostry from Beershop 't Koelschip and beer lover Glenn Rotsaert from café Manuscript, we started tasting Dolle Brouwers’ six active brews. Our general ratings of each individual beer, as well as the history and background of the brewery, can be found on our detailed “Belgian beer” and “Breweries” pages.

As mentioned, t’Botteltje has an extensive choice of beers. However, even we were surprised to learn that the selection is so huge that, when ordering, we were given the choice between Stille Nacht 2011 and Stille Nacht 2012.

Enterprising and curious as we are, we obviously plumped for both options. After all, you have to be well informed and able to make a comparison before judging. Both brews arrived perfectly served in an Oerbier glass. (Admittedly, we have no idea if there is a dedicated glass available for Stille Nacht). We then embarked on our self-imposed tasting mission. 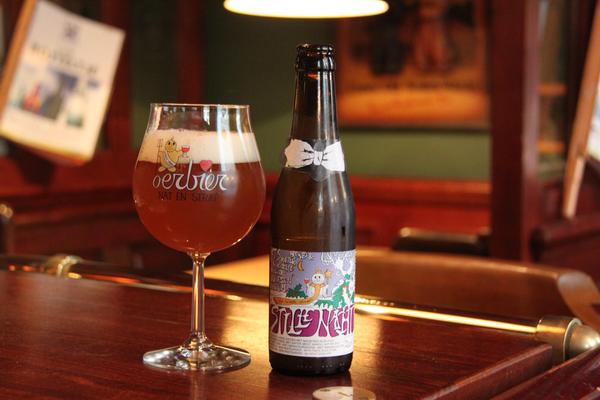 Stille Nacht was first produced in 1982. It’s a dark blond beer, almost honey-coloured, with an ABV of no less than 12%. We were lucky to have a designated teetotal driver (bob/victim) at our disposal and of course, we started our tasting with the 2012 Stille Nacht. Our first impression of the aromas was unanimous: you can smell instantly that this is an exceptional beer with a rich palette. It has a strong fruity aroma reminiscent of sweet pear, green apple and even peach.

Brewed with the same Nugget variety of hops used for Arabier, this beer has a pronounced taste of hops, complemented with light touches of vanilla and caramel. You can taste the high alcohol content but it is not overpowering. This really is a beautiful, balanced but complex beer with a delicious aftertaste.

We were already pretty convinced that this beer was streets ahead of anything else produced by the Dolle Brouwers. However, there’s no arguing about taste and colour but some of our readers may find this beer slightly too strong or too heavy.

Having made our first acquaintance of Stille Nacht, it was time to taste the 2011 edition. We could tell the difference immediately, the taste of hops was somewhat less pronounced, the fruity aroma came across as milder; normal traits when the beer has been “rested”. We have not yet been awarded the honour of tasting this beer’s “Special Reserva” editions but we totally get the underlying concept of leaving it to mature for just that little bit longer.

Whatever age it’s at, we can highly recommend this brew. It will be a perfect addition to your beer cellar and will ripen beautifully. We’ll make sure to place our orders in plenty of time for next year.

The St. Louis Kriek Lambic is a traditionally produced kriekenlambiek. It is different from the St. Louis Premium Kriek in that, instead of krieken juice, a proportion of 15% of re... [ more ]