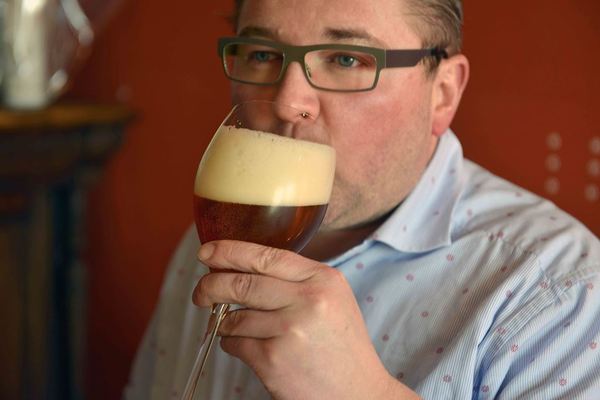 
LO-RENINGE - “Look at this!” Chris digs out an old, small leather suitcase that contains an original, hand-written brewer’s handbook dating back to 1856. “I can read it perfectly well and I know exacly what the brewer 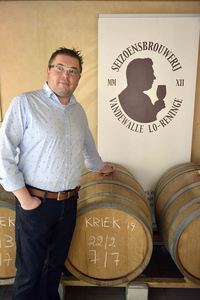 A proud barrel owner
© BeerTourism.com
set out to do. I compare it with my own study materials, integrate my findings with my own experience as a brewer and listen to my gut feeling.”

Chris Vandewalle knows what he is talking about. This man is a historian, in charge of the Diksmuide city archives, as well as a brewer.

His Vandewalle seasonal brewery, founded in 2011, is a seamless addition to a family brewing tradition that goes back to the mid-18th century.

There are relationships with other well-known historic Belgian breweries that are still plying their trade too, such as Van Eecke in Watou and Boezinge’s Leroy. This archivist is captivated by local brewing history.

The first is a well-hopped, blonde seasonal beer, brewed between the months of September and May. The oudbruin, or old brown, is a beer style (traditionally) produced in winter. “I have joined the tradition of versnijbieren (cut beers, a young beer blended with a beer that is one year old),” Chris says. 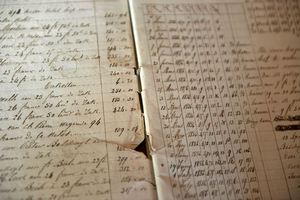 “The oudbruine continues to mature in large wooden barrels, or foeders’,” he explains. “Brewers used to be blenders first and foremost.

By cutting a young beer into an old one, they managed to extend the storage period of the beer.

Take a look at the gueuzestekers who blend various lambics up to this day.

Until the 1950s my family was producing a lambic in the valley of the IJzer (Yser) that was blended to produce a gueuze. This gave me the idea to blend an Oud Beersel lambic with a Reninge Bitter Blond.” 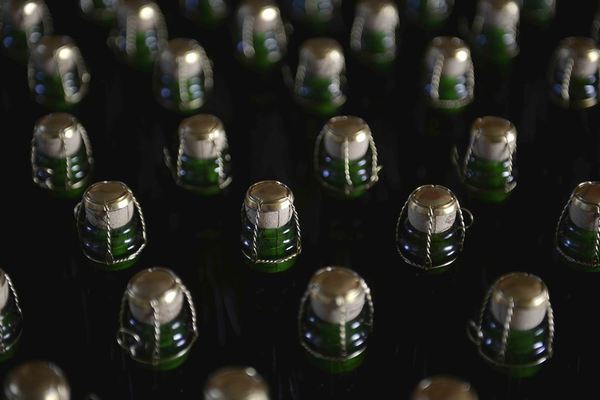 Back to The Roots

Chris brews beers that are inspired by the Westhoek region’s original beers. His aim is to produce a taste that is as pure as possible. For example, he uses new Burgundy barrels. He procures his soft water from the 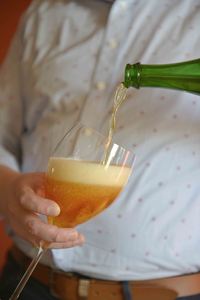 Time to taste
© BeerTourism.com
IJzer reservoir, only uses hops from the nearby village of Poperinge, and allows his beers to ferment spontaneously in open basins.

“Did you know that fruit beers, such as kriek, were prevalent in the Westhoek region?” he asks me. “There used to be orchards covering up to 10 acres".

"This region was known for its apples, pears, nuts, krieken cherries... until we were shot to pieces in the First World War. This also signalled the end for up-and-coming local breweries".

"At the end of the 19th century, quite a few farmers had started to produce their own brews. After the war, a number of them invested their war compensation funds into the Brasserie Centrale Yproise in Ypres and started producing bottom-fermented beers such as the Ypra Pils".

"This brewery was closed down in the 1960s.” Once the brewer puts on his historian’s hat, the flow of words is unstoppable.

I want to know Chris’s secret: how does he give his beers such a pronounced taste? “In the first place, I select my ingredients with the utmost care,” he answers. “For example, I only work with 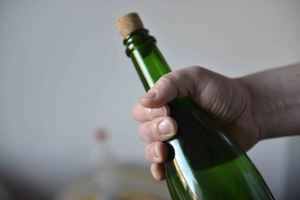 Beauty unveiled
© BeerTourism.com
hops that have been harvested locally; I only use noorderkrieken cherries picked from a local orchard in Veurne-Ambacht….”

It is obvious that this brewer sets his benchmark very high. “If you use open fermentation you have to take the climate into account,” he says. “When summer is at its peak, spontaneous fermentation will fail".

"Also, you have to stay around at all times to keep an eye on the process, to replenish the basins when required, etc.”

And, before you ask, I am not allowed a glimpse of the kriek that is maturing in the barrels. At this stage of the brewing process, the brew has not yet been exposed to oxygen. 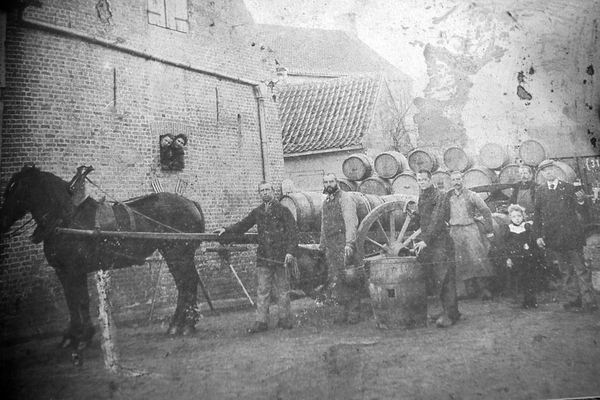 In the meantime, a steaming casserole of 'stoverij' (beer braised beef) is put on the table, accompanied by the ubiquitous golden-brown fries. This delicious typical dish is helped on its way with a freshly-sour oudbruin beer. 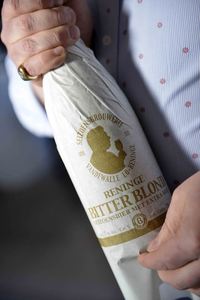 We finish off our tasting with a blended beer containing Reninge Bitter Blond and a lambic in which the lactic acid bacteria that are native to this region have left their mark.

The bottles on the table have not yet been wrapped by hand in silk paper, unlike those that are marketed to the public.

This (late) New Year’s dinner makes you call out for more.

If you want to taste the beers made by the smallest brewery in the Westhoek, a degustation is the way to go. The neighbours, who are also after more of this delicious beer, have found a crafty way.

They leave the empty beer bottles out at their front door, hoping that the brewer will refill them. It’s worth a try when I am next in the area. 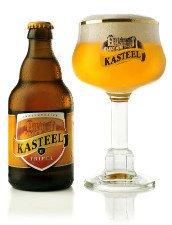