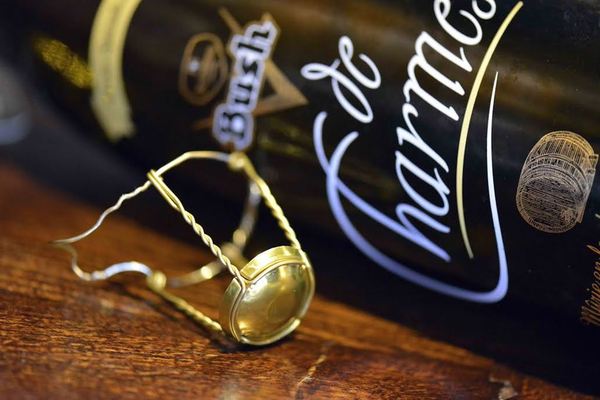 
PIPAIX/BELGIUM - Brasserie Dubuisson, founded in 1769, is adding to its range of gastronomic beers with the introduction of Bush de Charmes (10.5% ABV). It is a Bush Blonde that has been matured 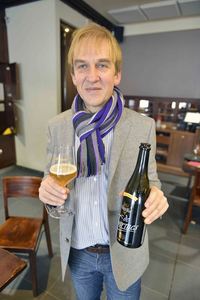 The first of these specially matured beers was the Bush Prestige; Bush Ambrée matured in new oak barrels.

Then there was Bush de Nuits; a Bush de Noël matured in Côtes de Bourgogne barrels. This latest addition, the Bush de Charmes, is introduced as a limited edition of 3,000 bottles.

The aromas and taste of Bush de Charmes are strongly reminiscent of the white grand cru wine that originally filled its barrels. However, the character of the mother beer remains.

It has strong aromas of white and yellow fruits enhanced by floral and citrusy touches with an undercurrent of Chardonnay.

You will taste subtle hop bitters with a hint of sourness provided by the wine yeast. For a degustation beer, Bush de Charmes drinks very easily. Bush de Charmes is recommended as an excellent pairing for shellfish, crustaceans, or fish with white sauces.

It also complements foie gras or a salad with seasonal summer vegetables. 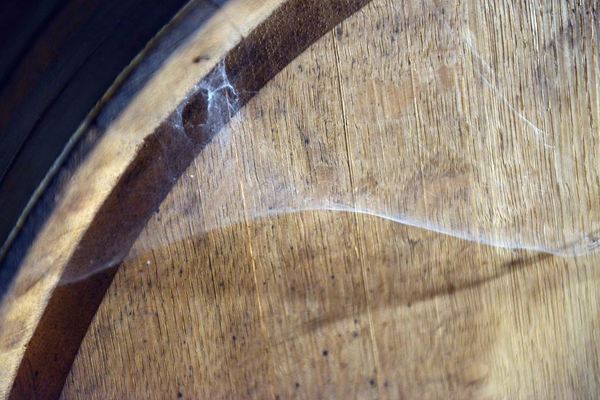 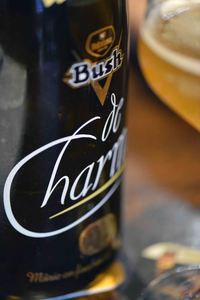 "An exciting flavour"
© BeerTourism.com
“I like beer but am also keen on wine. Exploring the limits of wood-matured beers was a great challenge for us."

"When you start off you have no idea where you are going to finish. For example, this was the first time ever that we had to pour away two whole barrels because the beer failed to meet our standards."

"With this special type of beer you never stop tasting. Beforehand you are never quite sure what the beer will turn out to be like, whether it’s any good, when it will be ready and how many bottles you will be able to sell. This gives quite an exciting flavour to the whole process.”

The owner/brewer makes it clear that at Brasserie Dubuisson the product always comes first.

Bush de Charmes comes with its own, surprisingly different, taste profile, quite unlike those of its sister brews.

The overriding flavour notes of the Bush Prestige are those of vanilla, whereas the Bush de Nuits bears the traces of a red Grand Cru, making it more suitable for pairing with game, for example. 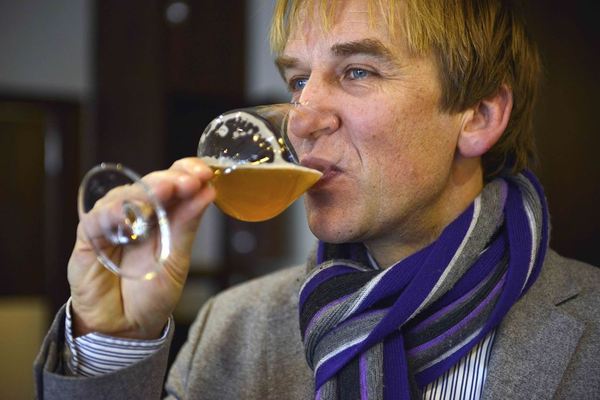 A Beer to Savour

To create Bush de Charmes, Bush Blonde spends months in recycled wine barrels, which will then be emptied and disposed of. When the beer is ready a little yeast and sugar is added 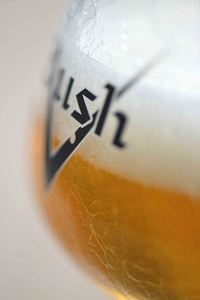 If you take into account the fermentation of the Bush Blonde mother beer, you end up with a beer that has been triple-fermented.

“Thanks to the re-fermentation, this beer will keep for quite some time,” Hugues Dubuisson explains.

The result is a successful marriage between a rounded, fruity wine and a beer that has been shaped by the work of both beer and wine yeasts.

An early version of Bush de Charmes was unveiled for tasting at the Brussels Beer Weekend in September 2014, after which the formula was fine-tuned.

Five months further on, and after some additional test brewing combined with further tweaking, this ambitious new beer is finally ready.

“This beer is the work of an artist of balance,” Hugues says. “It all starts and finishes with the tasting. If we don’t like the result, we simply won’t market the beer.” 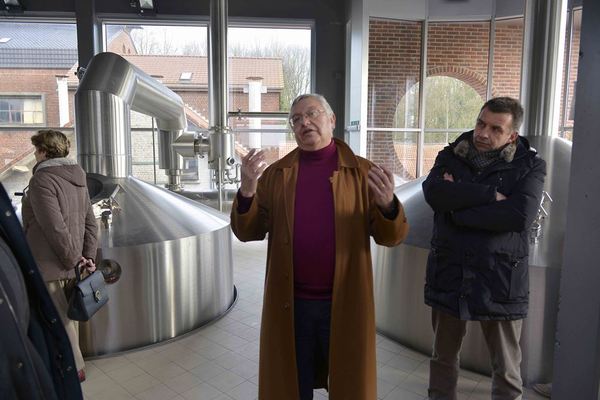 At the tasting session I attend, the words ‘meditation beer’ and ‘a beer to enjoy’ can be heard. “I am not only tasting; I am also using my sense of smell,” says Wim Roelandt, the sous-chef 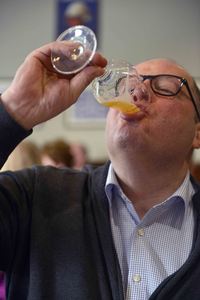 “I detect an undercurrent of wood with smoky touches that would make a beautiful pairing with beef,” is the opinion of chef Jean-Baptiste Thomaes.

He suggests pairing Bush de Charmes with steak tartare with oysters, or freshly harvested hop shoots with a softly fried egg accompanied with a mousseline made with the beer itself.

“It is and remains a great challenge to produce beers that are sufficiently distinctive without being extreme,” says Marc Lemay, Brasserie Dubuisson’s business manager.

“We are not involved in a competition to produce the strongest, bitterest or sourest beer. The bottom line is purely that you want to enjoy what is in your glass."

If we brewers succeed in doing that, we have completed our mission and any record attempts can just fall by the wayside as far as we are concerned.”