Home › Blog › Brussels Beer Challenge 2016: Belgium holds its own in the beer world 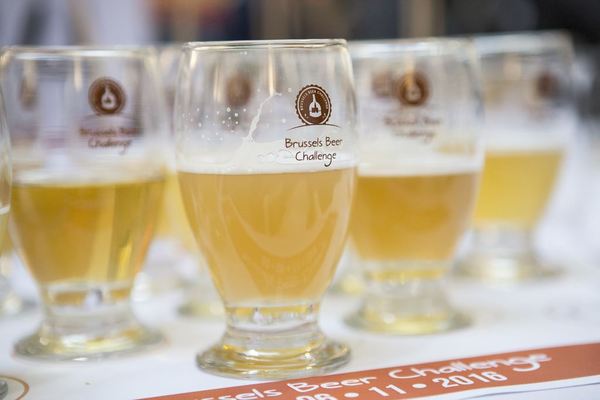 
BRUSSELS - For the fifth running of the Brussels Beer Challenge the organisers selected a location steeped in history and prestige. After touring from Brussels to Liège, Leuven and Antwerp, 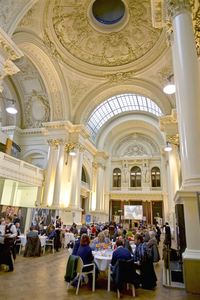 An impressive venue...
© BeerTourism.com
the competition returned to the capital and set up home in one of the city’s most historic buildings, the former Stock Exchange.

Where traders once won and lost fortunes on shares, a jury of 80 beer experts spent three days deciding the fortunes of 1,250 beers from 36 countries.

The location for this quinquennial celebration has even more resonance, as the former stock exchange is being transformed into the Belgian Beer Palace, an experience centre celebrating the world of Belgian beer. The interactive attraction will open its doors in 2019.

Let’s zoom in on the competition results. Belgium accounted for a fifth of the beers entered, with a sixth of them coming from the USA. Germany, the Netherlands, France and Italy were also well represented, and Japan, Hungary and Brazil made their presence felt too. 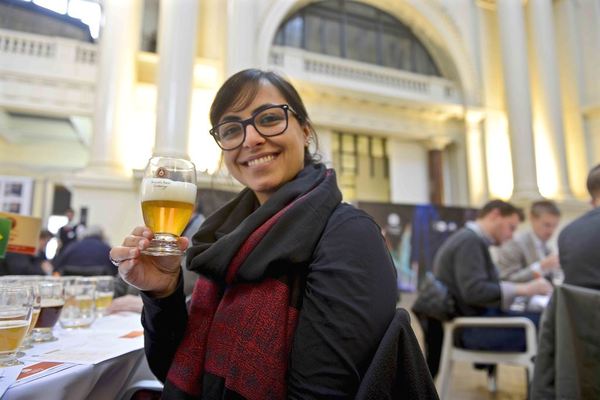 Only happy judges at the 2016 BBC
© BeerTourism.com

All of the beers entered were divided into recognised beer styles and tested against the characteristic criteria of those styles.So, what caught the eye of the judges? 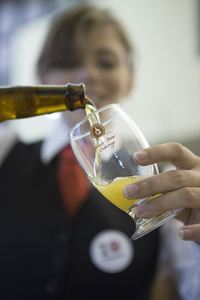 “The winners for this originally English beer style now include Americans, the Dutch and Italians.”

Co-organiser and fellow sommelier Thomas Costenoble chips in: “And the Belgians remain loyal to the tripel with 61 entries for this beer style and a lot of medals won – including Bersalis, Affligem Tripel and Rangsken from Den Houten Molen.”

In recent years the international ‘craft scene’ has been bulging at the seams.

Belgian beers are less well represented among the winners when it comes to the modern, more experimental beer styles. The same applies to beer styles that originated abroad. 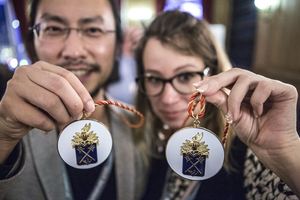 Among the notable winners: Affligem Blond came out on top in the Pale and Amber Ale: Abbey/Trappist-Style Blond category.

In the Pale and Amber Ale: Modern Saisons category, Dubuisson’s Surfine took the gold, and in the Traditional Saisons contest, Saison Avena Biologique from Brasserie Deseveaux left the competition behind.

Wilderen Goud lived up to its golden name in the Strong Blonde/Golden Ale category, alongside Duvel and Filou. Sint Gummarus Dubbel from Cornelissen scooped a silver in the Dark Ale: Brown Ale style. Among the Strong Dark Ales, Wilderen emerged victorious with its Cuvée Clarisse, followed by Val-Dieu Grand Cru and Straffe Hendrik Quadrupel brewed by De Halve Maan. 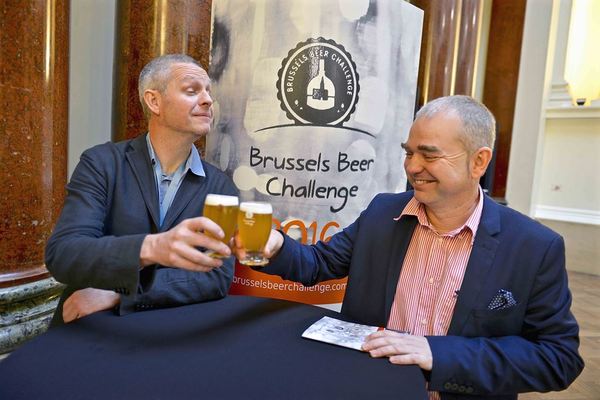 Sweet for the Sours

Rodenbach came out on top in the Oud Rood (Flanders Red Ale) category with a gold for its Grand Cru and a bronze for the classic Rodenbach. Picking up the silver was the Boston Beer Company from the USA. 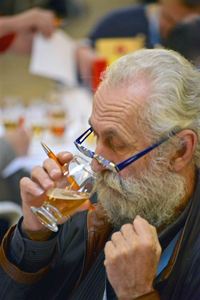 In the Oud Bruin (Flanders Brown Ale) category (these beers do not mature in those famous oak foeders) there was another Belgian triumph with a gold for Liefmans Goudenband, and a silver for Petrus Rood Bruin from De Brabandere (previously called oud bruin).

When it came to the Wheat/Witbier style, Blanche de Namur from Brasserie du Bocq came out on top, followed by MC77 Birrificio Artigianale from Italy, and Maestro, a Spanish beer.

Lindemans triumphed again with its SpontanBasil, beating the competition in the Flavoured Beer: Herb and Spice class. 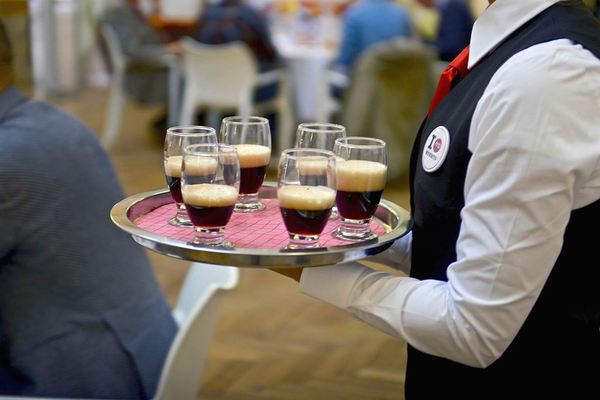 Among the Light Specialty Beers (less than 7% alcohol by volume) Brasserie de la Senne scooped the gold with its Bruxellensis; and in the Strong Specialty Beers category (greater than 7% ABV) 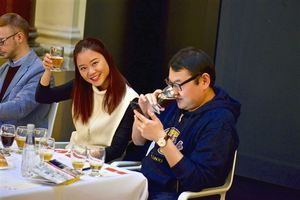 See you next year!
© BeerTourism.com
De Halve Maan earned a silver for its Straffe Hendrik Wild.

Anthony Martin ran away with the gold for his Brewer’s Desire in the Speciality Beer: Other Sour Ale category. Lindemans Cassis was pronounced the best Fruit Beer (Flavoured).

Rodenbach Caractère Rouge was silver in this style and Les Cuvées Secrètes de Cornélius Framboise, made by Brasserie d’Ebly, came away with a bronze.

Jef van den Steen, the Belgian beer guru and a member of the jury, concludes: “It is always an enriching experience to taste what is new on the global market and to find out what our colleagues from abroad think of our beers. As Belgians we can be justifiably proud of our results. All that’s left to do is focus a bit more on innovation and experimentation."

For an overview of all the 2016 results or more information on the event visit the official Brussels Beer Challenge website: brusselsbeerchallenge.com.

I look forward to discovering the results at the next Brussels Beer Challenge in 2017.