Brewery visits, some stories to enjoy 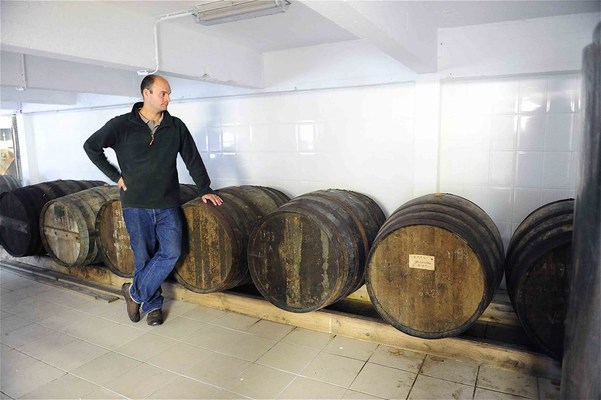 
Have you ever visited a brewery? Were you bowled over by its location of was it the beer that made the lasting impression? My personal tally of brewery visits is now in the region of 150, 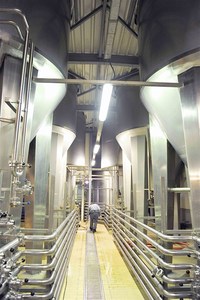 © BeerTourism.com
all of them to compile my tourist brewery guide 'Bij de brouwer'.

“Is one brewery not much like another after you’ve seen a few?” I am often asked. The answer, surprisingly, is no. It goes without saying that many filtering installations or fermentation and storage tanks resemble each other.

Large breweries have a very ‘technical’ look about them and you are in danger of getting lost among kilometres of pipes. They bombard you with figures and do their very best to clarify the brewing process for you.

This is not as easy as it sounds as when you leave one building and enter another you may well lose sight of what stage you are in the brewing process.

Leaving a trail of breadcrumbs - like Hansel and Gretel in the Grimm fairy tale – is not an option as these crumbs would be flushed away immediately. Look out for it next time you visit a brewery. The brewers are flushing as if their lives depend on it and so the floors are wet wherever you go. 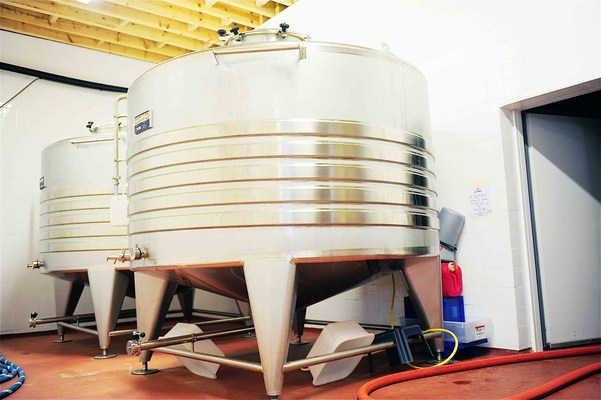 Things become even more complicated when the brewers are starting to expand. A new storage tank here, another buffer tank there... This is typical of village breweries that 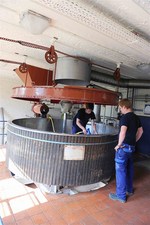 © BeerTourism.com
have outgrown their premises. Their jacket has become too tight.

Therefore it should come as no surprise that expanding breweries locate part of their activities elsewhere; bottling and logistics operations for example. You will visit the production area but the next part of the story is played out elsewhere.

However, the production stage itself also throws up surprising differences. Take, for instance, the brewers of a traditional lambiek.

They leave the wort to cool down in open ‘koelschepen’ or cooling basins before it quietly ferments in wooden barrels.

Visit their cellars and you may well think that you are in a wine château. It is a totally different world.

You will find micro brewers come in all shapes and sizes, from your common garden variety brewer to the professional. The tiniest among these will, from week to week, brew just enough to supply 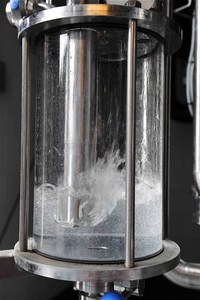 © BeerTourism.com
his or her own small café. When it’s gone, it’s gone. The visitor will receive a very warm welcome.

The brewer tells his story and shows you around, all in the same room, and pours his beer as he speaks. This ‘learning by watching’ is inspirational. It immediately makes you want to have a go at brewing yourself. It seems so easy until.. the first questions arise.

Why does my beer taste different today compared to last week? Where did I go wrong? This takes us neatly to the ever-so-essential analysis. The major brewers invest heavily in this area as “the consumer will always have the same beer in the glass, Sir!”. The one they know and love.

At which point the microbrewer – I am generalising here – will come back with an explanation of natural ingredients and the effect of the seasons.

“After all, with wine you get a different vintage every year. Why should you not be able to discern these differences in a natural product such as beer?”. 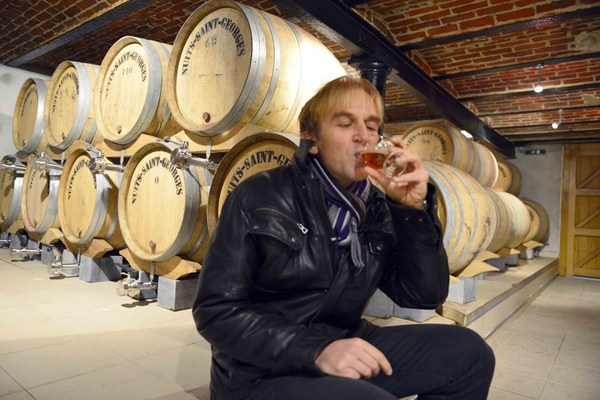 A glimpse into the glass

If the brewer is unable to show you around, there will no doubt be a competent guide who radiates enthusiasm and will allow you a glimpse behind the screens and into the glass.

And so each visit turns into an experience that you will fondly remember when you stumble across this small bottle of beer tucked away in your home cellar. Where did I taste that again.....?

Flemish red-brown beers, Rodenbach Classic for example, were first brewed in the Middle Ages. In those days no hops were used to preserve beer. Lactic acid and acetic acid were use... [ more ]