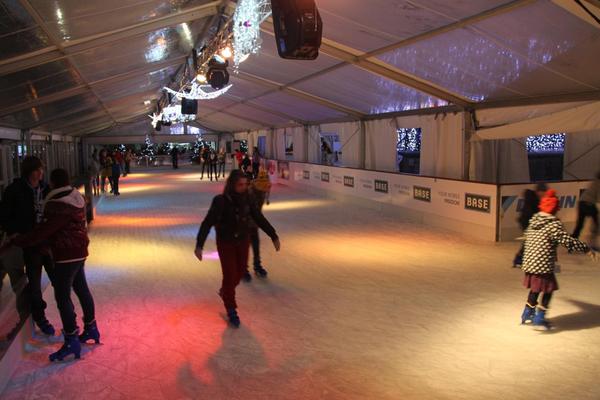 
OSTEND – In the winter, on the run up to the Christmas period, many towns and villages across Belgium host a Christmas market and install a temporary ice rink too. On the 30th of November, as they have for several years now, the city of Ostend opened its “Winter Ice” attraction to the public.

Spanning over 1,000 square meters or almost 10,500 square feet, Ostenders can tell other cities they have the biggest one in Belgium!

The ice rink is located on the city’s central square known as the “Het Wapenplein” and ice skating will be possible throughout the Christmas and New Year holiday season. The Christmassy atmosphere is further boosted with seasonal lighting and festive music and 5 different food and drink outlets. 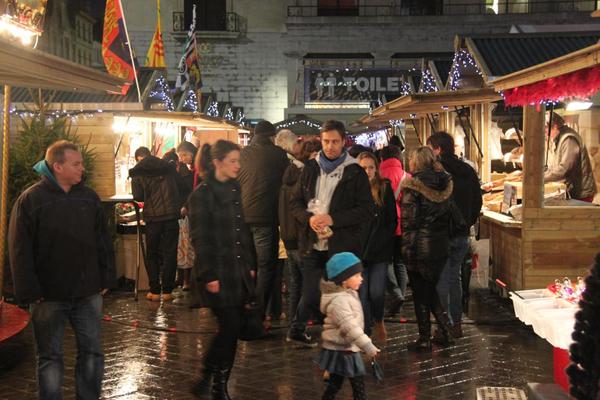 These are open until midnight and 1 am on Fridays and Saturdays respectively. Ostend’s ice rink is also one of few that is completely covered with a transparent roof making it an all-weather attraction which is expected to attract around 30,000 visitors in total.

It is open every day, including Fridays and Saturdays, from 11 am until 6 pm, and during the Christmas vacation it will be open until 9 pm. Depending on crowds a session takes between 1 and 2 hours and costs €5 or €6 with ice skate hire.

Don’t panic, if sliding about on ice isn’t your thing, from the 7th of December the Christmas market opens with 30 chalets selling a wide range of seasonal goods, gifts, food and drinks. 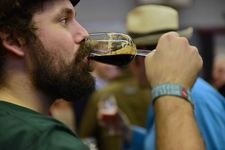 Christmas beer: 'Tis the season to get jolly...

ANTWERP/ESSEN - The trees are clad in the most vivid colours imaginable and the first strong gust of wind send the leaves swirling to the ground. The brewers know what is in store for them. They... [ more ]