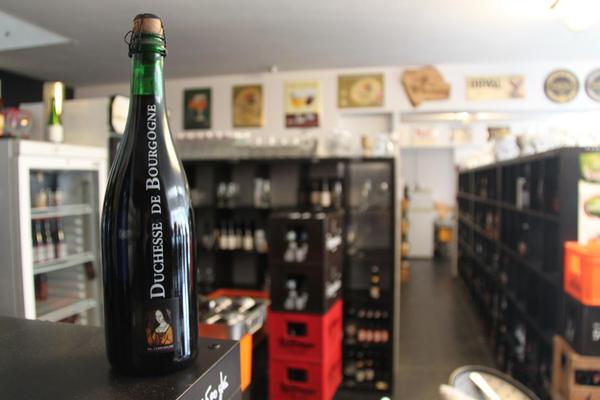 
OSTEND - The latest creation of the Verhaeghe Brewery in Vichte, Duchesse de Bourgogne, is fast gaining popularity. Many of us here at BeerTourism.com are certainly fond of it. The name of course refers to Maria, Duchess of Burgundy (Brussels 1457 - Bruges 1482), spouse of Maximilian of Austria, who was just one of the many rulers of Belgium before the country’s independence.

This short history lesson aside, we cannot and will not deny it any longer: we simply love this beer. Many a beer lover visiting our local watering hole, Café Manuscript, wax lyrical just glimpsing the label. Needless to say, the Duchess enjoys great popularity here.

The Manuscript is also where we had our first taste of this beer, courtesy of owner Glenn Rotsaert. After all, Glenn gives enthusiastic support to all the products he offers. Duchesse de Bourgogne is a top fermented, ruby red Flemish ale at 6.2% ABV (for purists: old brown or West Flemish red-brown ale), brewed using traditional methods from the southern West Flanders region. The beer is complex and tart, reminiscent of wine, with hints of balsamic vinegar and sweet and sour cherries. It would be a perfect complement to grilled meats or a well-balanced cheese board.

Once brewed, the beer ripens patiently in oak barrels over an 18-month period. It is worth noting that the beer has gained an official Regional Food Qualification. 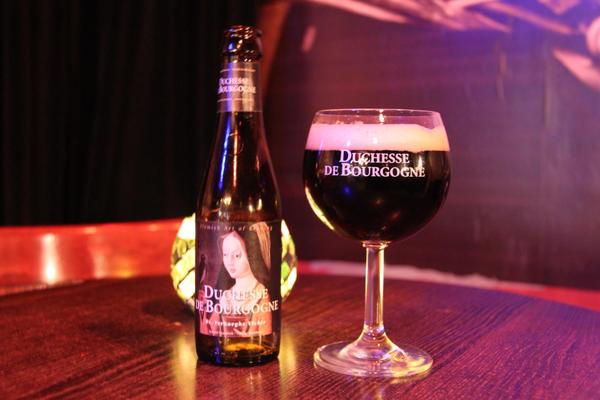 At the most recent tasting session of Duchesse de Bourgogne, to which we succumbed most willingly, we enjoyed Glenn’s generous provision of typical and long-forgotten snacks. These included boiled pig’s tongue and traditionally made “hoofdvlees” which is a pork based terrine, essentially made from anything coming from the head of a pig, accompanied by some tangy Belgian mustard. Fair is fair: although some of us harbour (unjustified) suspicions towards offal... these dishes formed an excellent combination with the pronounced acidity of La Duchesse.

The brewery itself has a history which harks back to the 19th century. The makers of this excellent beer are by no means new arrivals to the extensive Belgian beer landscape. The family business, known for brews such as Cambrinus, Vichtenaar and Echte Kriek, was founded as a brewery-malt house in 1892 by Paul and Adolf Verhaeghe (sons of the then major of Vichte).

The brewery is to be commended for its choice to focus on quality rather than quantity and its Vichtenaar and Echte Kriek beers have already won awards. Specialty beers are gaining in popularity both here and abroad, to the point where a well deserved international breakthrough can only be a matter of time in coming. One thing is for certain, whatever the future may hold in store for ‘Brouwerij Verhaeghe’, in our humble opinion, Duchesse de Bourgogne is here to stay and has the potential to reach the top of the international beer charts.

Keep your eyes on this one people, this lady is going places.

Are the brews of Westvleteren really worth the cash?

OSTEND - During a heated discussion among some hardcore Belgian beer aficionados the question of Westvleteren arose. Is it really worth the price http://belgium.beertourism.com/cities/ostend/beer-tourism-destina... [ more ]

OSTEND - We have been waxing lyrical, okay perhaps once too often about Stille Nacht (Silent Night), the (in our humble opinion) superb Christmas beer from the Dolle Brouwers in Esen, Diksmuide (not to be confused with <... [ more ]

In the same vein that gueuze beer typifies the Pajottenland region, this beer is also a genuine Flemish regional product. In the Roman pantheon, Bacchus (son of Jupiter) was the go... [ more ]