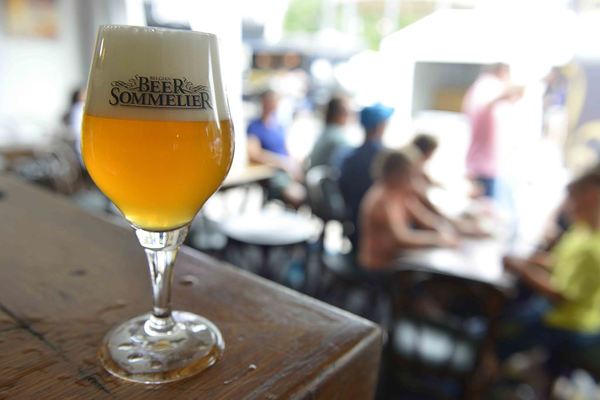 
ANTWERP/BRASSCHAAT - For over 30 years Ben Vinken has been a tireless champion of Belgian speciality beers: as a beer sommelier, beer lover, organiser of the annual Bierpassieweekend beer festival 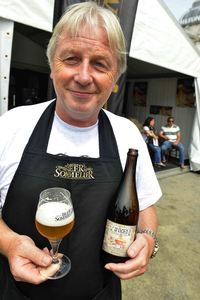 Ben enjoying a 'Vinken Blond'
© BeerTourism.com
(Beer Passion Weekend) in Antwerp and as the editor of Bierpassie Magazine.

Ben is also the author of several beer publications; two of these, 'Trappist Beers from A to Z' along with ‘Beer and Cheese’ are available in English.

He admits that never in his long career has he witnessed the hype now surrounding Belgian beers abroad. “Nevertheless, Belgian brewers should not rest on their laurels,” is Ben’s opinion."

“They must provide a guarantee of quality and uphold our good reputation. Balance and a tradition that goes back centuries, that is what we are aiming for."

"But this should not stop us from being creative. Many beers have been improved through re-fermentation or the use of dry hopping. These beers have set new standards."

Ben also praises the quality of the brewing education provided by Belgian universities, and the phenomenal investments in new technology now made by the brewers. He notes that large breweries are updating their gear faster these days.

And that the dynamic attitude of the microbrewers has filtered through to the big players. 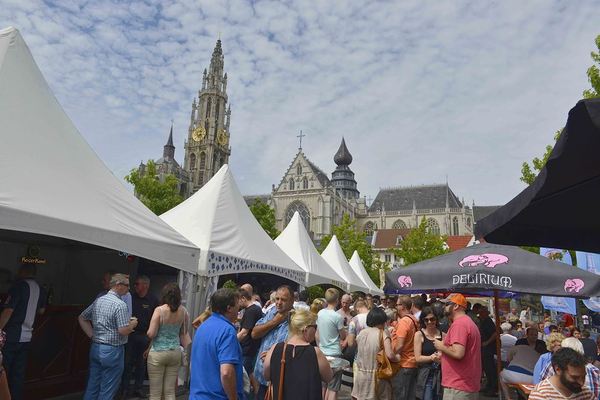 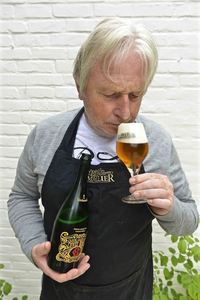 Home tasting with Ben
© BeerTourism.com
and come home to try out new products.

All this can only serve to enrich Belgian beer culture according to Ben. “We continue to build on our solid brand reputation,” he says.

“Three hundred years of brewing tradition is not built in a single day. Having said that, this tradition should not be turned into a straightjacket."

We have an ongoing duty to provide the beer lover with balanced, quality beers, some of which may be surprising.” The message is clear: protect your image, don’t dilute it by making it available to every product.

If pairing beers with food is filtering through to the world of gastronomy, it should be supported. Nevertheless, Ben has his misgivings about beer contests where up to 800 medals are awarded.

If every entrant creates their own category, what happens to credibility he asks? And all these scores that are being trumpeted, what are they based on?

“We are better off keeping both feet on the ground. We must continue to make good beers and ensure that we are the best brewers in the world,” Ben argues. 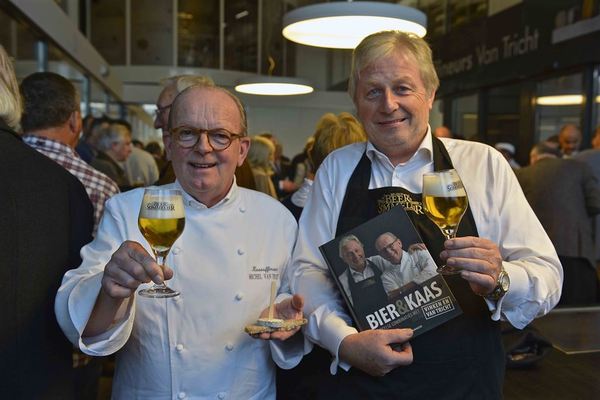 Rewind for a second. In 1979 Ben Vinken started his career as a legal consultant with Lamot, a pils brewery in Mechelen. “But I discovered that I was better suited to sales and marketing,” he explains. 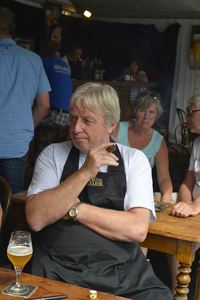 Beer sommelier and cigar afficionado
© BeerTourism.com
In 1984 he moved to Palm Belgian Craft Brewers, where he could focus on speciality beers.

These were marketed through tastings held in one café after another, events were held, the beer was served in its proper glass every single time...

“We were pioneers,” Ben laughs. In 1988 he found himself working for Interbrew, formed by the merger of Jupiler and Artois and the predecessor of the current AB Inbev. “In those days this pils brewer was neglecting specialty beers,” Ben continues.

In 1992 Ben set out to be an independent publisher. Books about Belgian beer were few and far between. “I published Michael Jackson’s Great Beers of Belgium in three languages,” Ben explains. “It turned out to be a runaway success. Our Bierpassie Magazine hit the market around the same time.”

Michael Jackson was proved right in the end,” Ben Vinken concludes. “As early as 1984, he predicted ‘a quiet revolution of taste’, anticipated the resurgence of artisan brewers and made an unashamed plea for ‘real ale’. Michael taught us how to name and describe the various beer tastes and how to pour the beers in the correct way."

"He also inaugurated us into the secrets of beer and food pairing. There really is nothing new under the sun.” Having said all this, he takes a small sip of his glass. 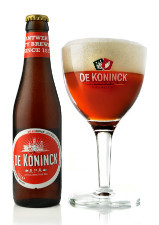