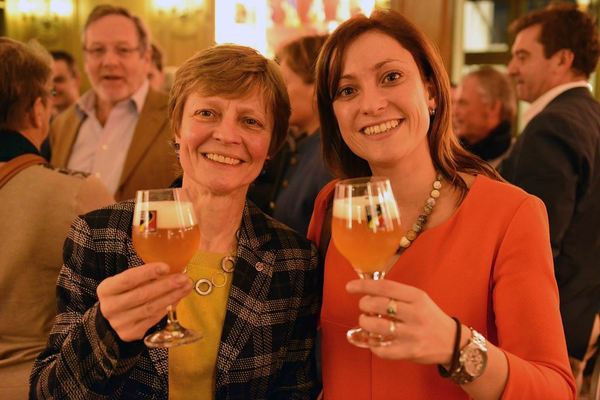 
BRUSSELS/BELGIUM - For the first time ever, the 22 Belgian Family Brewers issued a joint invitation to 15 influential and respected American beer journalists. Their very busy four-day schedule included presentations by all breweries who are members of the association, visits to a number of breweries as well as beer tastings.

“It was an extremely hectic programme,” finds Krishan Maudgal who organised the trip. “A number of brewery visits each day, trips to a hop farmer, a stud farm, beer restaurants....

Not many people have had such an intense beer experience in so little time. What better proof that there is no place like our – small but surprisingly diverse – beer country that offers such a rounded beer experience”.

Xavier Vanneste, manager of De Halve Maan brewery and president of the Belgian Family Brewers, feels that four days are barely sufficient to do the tour and was clear in his final dinner speach: 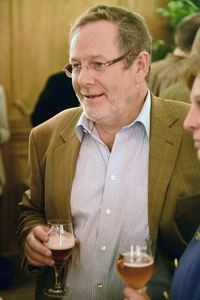 Anthony Martin
© BeerTourism.com
“To introduce twenty-one breweries within four days is no mean feat but I think we managed to do it.

You, the journalists, were able to get a taste of the passion amongst our brewers and their rich family history. There were lots of Tweets and Facebook posts during the trip and you must have infected your followers with the Belgian beer virus. Share your passion with as many people as possible!”

The American beer travellers are overflowing with enthusiasm. “I have never been to Europe”, I hear at the table.

“Your culture is completely overwhelming. I’m having a kind of ‘back to my roots’ feeling. It also helps me to make comparisons when I am given certain beer styles to taste as I have got to know the original oude gueuze, saison, tripel etc.” At the end-of-trip dinner, held in 'the Brouwershuis' at the Grand Place in Brussels, 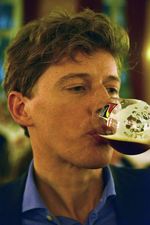 Lionel Vanderhaeghe (Silly)
© BeerTourism.com
there is a beer buffet at the ready. Everyone makes a choice from twenty-one beers, one for each brewer that is taking part.

All beer styles are represented, from ‘spéciale belge’ to oude gueuze and saison, so no single brewer is disadvantaged. Krishan Maudgal: “Although I have been working in the beer trade for many years, I have made quite a few discoveries during the past few days.

What strikes me is that the Belgian Family Brewers are hugely dynamic. When you see the investments made in infrastructure and quality control... you really have no need to worry.

If your beers are copied it is a huge compliment. As long as you continue to deliver top quality and shine through your dynamic energy and creativity you will remain the point of reference for anyone else. I’d like to pass the following message to our good friends and journalists: spread the good word in America!” 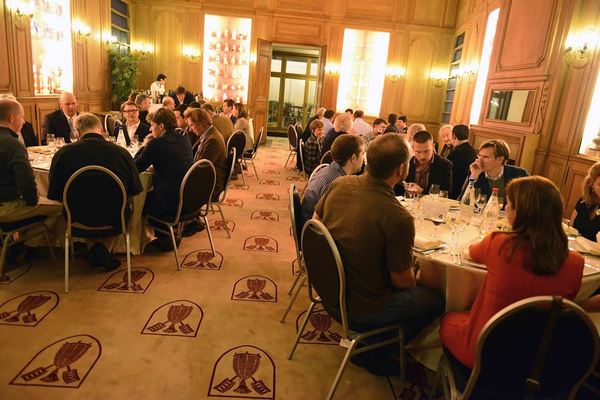 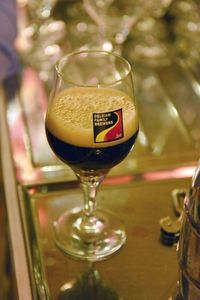 They are independent family breweries who have been brewing and bottling in Belgium for at least fifty years without interruption.

If you find the BFB logo, displaying the Belgian tri-colour, on a bottle, you know that you are dealing with a unique beer that does not exist under a different name or carries another label.

BFB wants to protect the trade name ‘Belgian beer’ and contribute in that way to the international presence of traditionally made Belgian beers.

The BFB logo is only awarded to the top brands. This makes it a quality label for the breweries’ own brands, all with a strong tradition. Is ‘Belgian beer’ a denomination of origin, like AOC for wine? No, because beer is an extract of ingredients that often originate from different countries. For example, many brewers source their hops from Central Europe or the USA, their barley from France, etc.

What is important is the craft, the process of brewing and fermentation, with local artisanal knowledge and tradition. Beer that has not been brewed and bottled in Belgium can only lay claim to the label of ‘Belgian styled beer’ but can never be Belgian beer. 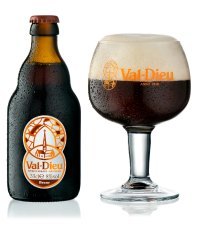