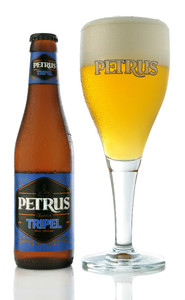 A tripel is a strong beer, usually a blonde, with a good balance between malt and hops in its taste. And a modern tripel is fruity and dry with plenty of carbon dioxide and a fine bitterness.

If you want to honour Belgian brewing traditions you must have a robust blond triple in your range.

That’s an opinion that is shared by Brouwerij De Brabandere, whose Petrus Tripel, a member of the Petrus Tradition family, is their flagship beer.

This top-fermented beer spends two weeks re-fermenting in the bottle, where it develops a zesty fruitiness and complexity as well as a lovely pearlisation, which is depicted beautifully on the royal blue label.

It is a balanced beer with a dry, slightly bitter finish.

The Petrus Tradition family also includes a blonde and a dubbel. And the Petrus brand is synonymous with its three sour beers: Petrus Roodbruin, Aged Red and Aged Pale - the taste of all three defined by their maturation in oak foeders.

Aside from the Petrus brand, the De Brabandere brewery is known for its Bavik Super Pils and Kwaremont, a ‘course beer’ that celebrates the Tour of Flanders cycle race.

Petrus Tripel is a top-fermented beer that re-ferments in the bottle.

The beer takes on a pale blonde colour in the glass with a lovely pearlisation below a snowy-white head of froth.

All Petrus beers are served in an elegant, high-stemmed tulip-shaped glass bearing the brewery’s logo. The glass allows the drinker to fully enjoy the beer’s aromas.

A highly quaffable tripel with a lovely balance between malt and hops, and a dry-bitter finish.

The re-fermentation ensures that the beer develops fresh and fruity aromas.

Petrus Tripel is delicious with fish recipes such as fillet of sole in a saffron sauce.

It is also recommended in pairings with cheeses, a Saint-Marcellin for example.

It is recommended to keep bottled beer for up to 24 months. In the barrel, the beer will keep for 6 months.

At home, store your beer in a dark and cool environment.

As with any Belgian tripel this beer won't improve by storing longer than as advised by the brewery.

De Brabandere's beers are available throughout Belgium via the usual channels.

Thanks to their ever expanding export efforts beer lovers outside of Belgium will also be able to lay their hands on this one.

Petrus Aged Red
Petrus Aged Red is a unique dark fruit beer matured in oak foeders. Unlike a traditional kriek, this Morello cherry beer is not based on a spontaneously-fermented lambic beer. The brewer’s greatest challenge was to find the right ...
[ read more ] 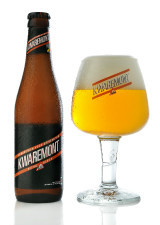 Kwaremont is served in a specially designed glass unique to this beer. Take a closer look to discover the picture of a bike rider on the stem and notice the legendary cobblestones ... [ more ]