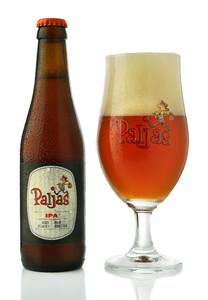 The Paljas IPA (India Pale Ale) is a strongly hopped beer. This beer style originated in England. Beers destined for India were brewed with a larger quantity of hops so they would survive the long sea voyage.

The IPA beer style has become wildly popular in the USA, where brewers often push the limits of bitterness.

The Paljas IPA is less extreme at 35 IBU. This beer is brewed with the zesty Saaz aroma hop and the exotic Tomahawk, Cascade and Amarillo aroma hops. The dry hopping with Nelson Sauvin aroma hops provides a final hop boost.

The Paljas IPA was initially destined for export to the Netherlands, France, Japan and China, amongst other, however, this beer is now also selling well in Belgium.

Paljas IPA offers amazingly fruity aromas of lychee and passion fruits. Mathias Van Den Poel, beer lover and beer sommelier, was responsible for developing this beer and finds that it is even fresher coming out of the tap.

The range offered by the Henricus Brewery also includes the Paljas Blond, Paljas Bruin and Paljas Saison. Paljas beers do not take themselves too seriously; the jester in the logo says it all.

This amber-coloured beer gives out small bubbles from below a cloud of cream-coloured froth.

In Belgium, the glass is almost as important as its contents. This also goes for the Paljas beers, which are served in their own elegant, tulip-shaped vessel.

Paljas IPA will impress you with its fruity aromas of lychee and passion fruit complemented by the taste of a Sauvignon Blanc wine.

If you choose an IPA it is important to go for dishes that fit the character of this beer and its main aromas.

In other words, we recommend that you pair this IPA with aromatic and zesty dishes. The beer has a high degree of hop bitterness so we would advise caution if you are planning to use this beer in the kitchen, in a sauce for example.

Owing to their extra-hoppy character, IPAs were not put on this world to disappear into a cellar. There is only one message for this popular beer style: drink as fresh as possible.

This IPA was introduced only after the launch of the blonde and brown versions. Nevertheless, it has found its way to the consumer through the usual channels.

Thanks to the export activities of Brouwerij Henricus this beer is easy to obtain outside of Belgium. 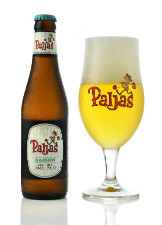