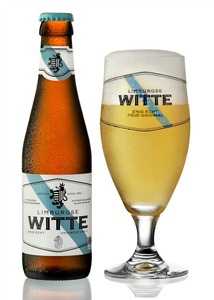 Malt, wheat, hops, coriander, dried lemon peel and water. Even the earliest records list these ingredients for the brewing of a white beer.

The epoch of this white beer started around the year of 1445, when the monks were dividing their time between prayer, charitable works, wine making and beer brewing.

They discovered how to make this slightly sour white beer. In later years people developed a taste for exotic herbs and spices, imported from the colonies.

This led to the addition of coriander and orange peel. In the Middle Ages, the Belgians developed a liking for white beer, which became popular thanks to the abundance of wheat.

However, the introduction of the then relatively young pils tradition in the 20th century led to the disappearance of most of the white beer breweries. Witbier, or white beer, was a beer style in danger of extinction.

The last white beer brewery closed its doors in the middle of the 1950s. Consumers then preferred a filtered and clear beer such as a pils.

However, the revival of Belgian specialty beers has also led to an increasing popularity of white beer, both in Belgium and abroad.

The Limburgse Witte, brewed by the Cornelissen brewery and marketed in partnership with the Martens Brewery from Bocholt, was launched in 1993. A great thirst-quencher when you are enjoying the sun on an outdoor terrace.

This unfiltered beer takes on a pale yellow colour in the glass. It develops a cloudiness and tiny pearls underneath a cloud of white froth.

Limburgse Witte is served in an elegant, tapered tasting glass on a tall stem.

The use of wheat gives the beer a slightly bitter flavour. The coriander provides a zesty touch and the lemon peel accounts for the fruitiness.

Highly recommended as a partner for grilled fish, a red bream for example, and of course with mussels and fries, one of the Belgian culinary classics.

As to desserts, this white beer is eminently suited to an orange sorbet, a lemon meringue or an apple pie.

This white beer will keep in the bottle for 12 months. On tap, it can be stored for six months.

Witbier is definitely not a beer style suitable to laying down. The best-before dates on the bottle should be adhered to. Always store the bottles vertically in a cool, dry and dark environment.

Available in 25cl bottles and on tap (30l barrels). This beer is quite easy to track down in its home province of Limburg. In common with many other beers brewed in Belgium, the closer you are to the source, the more popular and the easier it is to find.

In addition, the better beer stores will stock this beer.

Abroad, the beer is available online or through the usual specialised channels. For any export enquiries you should contact the brewery. 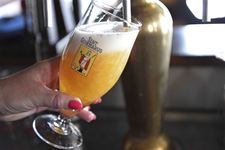 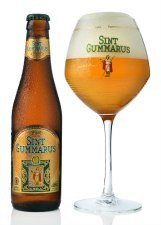 As with the other beers brewed by the Cornelissen brewery, Sint-Gummarus Tripel is served in it's own branded tasting glass.... [ more ]